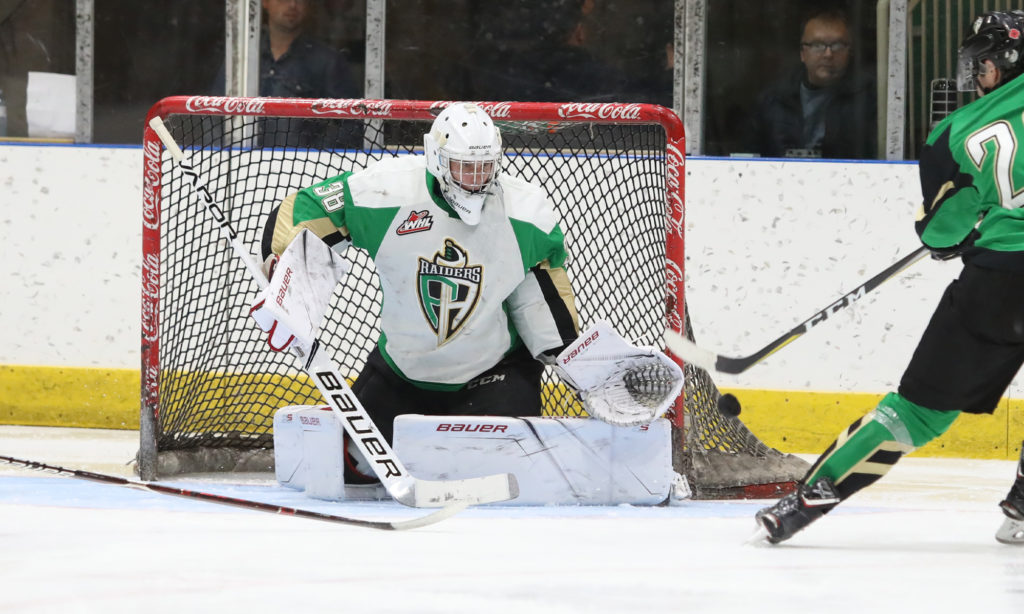 Serhyenko, who hails from Saskatoon, is listed at 6’4 and 193 lbs. He spent the last two seasons playing for the Battlefords Stars of the Saskatchewan Midget AAA Hockey League. In 42 games played for the Stars over two seasons, Serhyenko has posted a 3.84 goals-against average and a 0.900 save percentage.

The Raiders close out their 2019 WHL Pre-season with a home-and-home series against the Regina Pats, beginning on tonight at the Brandt Centre. Game time is 7 p.m.

The series shifts back to the Art Hauser on Saturday night in the pre-season finale. The game starts at 7 p.m. Tickets are $10 for adults and students, and $5 for children 12 and under.