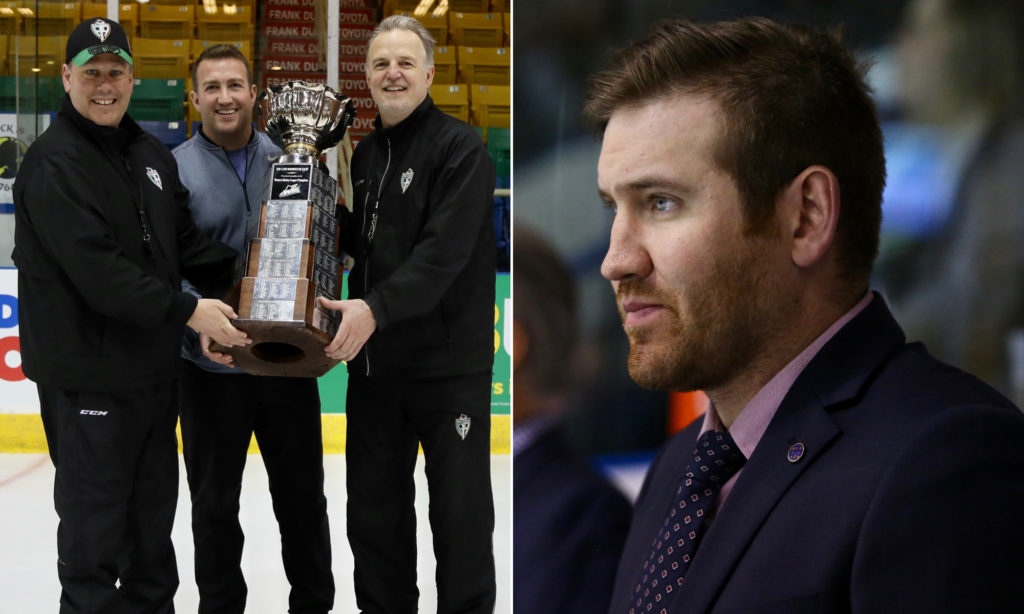 Truitt and Gendur had successful first seasons on the bench for the Raiders last year as they helped the team claim its second Ed Chynoweth Cup as WHL champions in May.

Guard re-joins his hometown team after two seasons away from Prince Albert. In his previous stint with the Raiders, he served as the strength and conditioning coach, goaltending coach, assistant coach, and goaltending consultant during a span from 2012-13 to 2016-17.

Guard was also a part of the Kelowna Rockets Memorial Cup winning team coached by Habscheid and Truitt.

Mike Brodeur departs from the Raiders after one season as the team’s goaltending coach. Earlier this week, Brodeur re-joined the AJHL’s Fort McMurray Oil Barons as the team’s assistant coach and goaltender coach. He previously coached in Fort McMurray from 2014-17.

Season tickets for the 2019-20 season are still available. Visit or call the Raiders Office or click here for more information.

The 2019-20 Home Opener is on Friday, September 20 when the Saskatoon Blades come to the Art Hauser Centre. Puck drop is 7 p.m.