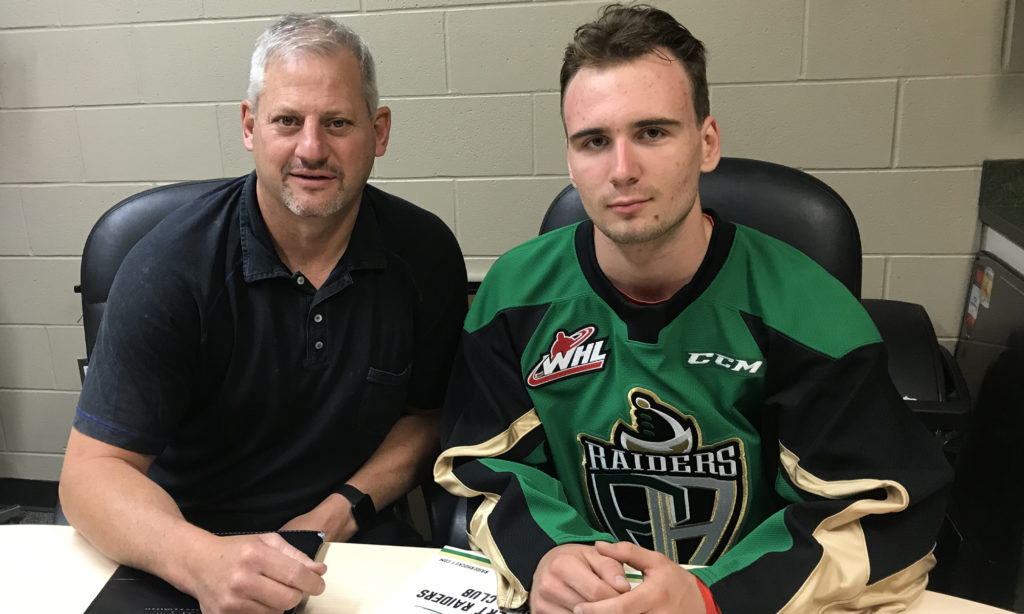 Usau, who hails from Denver, Colorado, played prep hockey for Salisbury School in Connecticut for the past two seasons. In 56 games over that span, the 6’1, 181-lb forward had 15 goals and 18 assists.

“Ilya was a walk-on along with 2001 draft class at our training camp three years ago,” said Raiders General Manager Curtis Hunt. “He’s a player we’ve been pursuing to join our program. He has extensive international experience and we’re excited to bring him into our group.”

The Raiders’ 2019 Training Camp begins on Friday and runs through the weekend. On-ice sessions are open to the public. The camp concludes with the annual Green And White Game on Monday, September 2 at 1 p.m. Admission to the game is a non-perishable food item or a $2 donation for the Prince Albert Food Bank.

Season tickets for the 2019-20 campaign are still available. Visit or call the Raiders Office for more information, or click here.