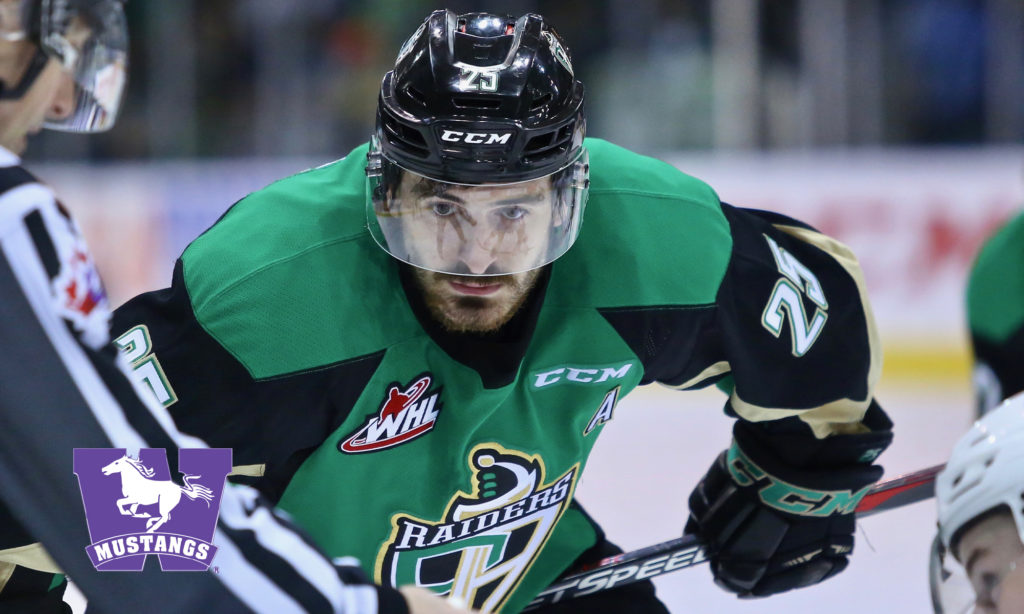 On Friday, the Calgary, AB product was announced as one of the first four players in the Western Mustangs recruiting class for the 2019-20 season. Last season, the school located in London, ON finished with a 15-12-1 record to place third in the OUA West.

Montgomery wrapped up his five-year WHL career this past season with a WHL Championship. He played in 345 career regular season games for the Raiders, which set a new franchise record.

And with that, Sean Montgomery has set a new franchise record for games played!

Here he is from the preseason with the previous record holder Brett Novak.

He posted the most productive season of his WHL career during the 2018-19 season, posting a career high in goals (29), assists (30), points (59), plus-minus rating (+41), power-play goals (seven), shorthanded goals (four), and game-winning goals (four). During the playoffs, he added eight goals and six assist sin 23 games.

In total during his five-year career, Montgomery had 72 goals and 72 assists in the regular season. He had 12 goals and nine assists in 35 career post-season contests.

Montgomery is joining fellow Raiders alumnus Kolten Olynek on the Mustangs. Oylnek had seven goals and nine assists in his first season of U SPORTS hockey.

Mongtomery is taking advantage of the WHL Scholarship program. For each season played in the WHL, a player is awarded with a one-year post-secondary scholarship that includes tuition, compulsory fees, and required textbooks.

This year’s Training Camp begins on Friday, August 30 with on-ice sessions starting at 5 p.m. at the Art Hauser Centre.

Single-game tickets for the 2019-20 WHL Regular Season go on sale on Wednesday, September 4. Tickets can be purchased at tickets.raiderhockey.com or at the Raiders Office. For more information on single-game tickets, click here.

Season tickets for the 2019-20 campaign are now available for purchase. Visit or call the Raiders Office for more information, or click here.