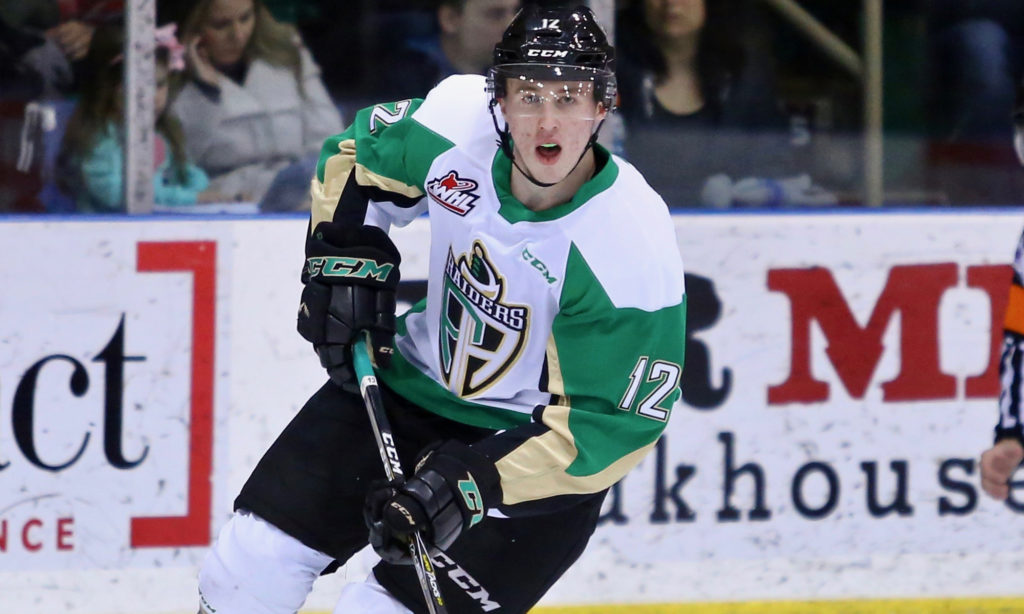 The move was announced by the Marlies on Thursday morning. The Marlies are the AHL affiliate of the Toronto Maple Leafs.

Sapego, a 6’0, 177-lb left-shot defenceman from Vitebsk, Belarus, recently completed his second season with the Raiders. The 1999-born blueliner suited up in 58 games for the Raiders during the 2018-19 regular season, scoring 10 goals and adding 33 assists.

During the Raiders’ run to win the 2019 WHL Championship, Sapego scored three times and chipped in 10 assists.

Following the season, Sapego earned an invitation to the Toronto Maple Leafs summer development camp that was held last week in Toronto.

Sapego was acquired via waivers from the Tri-City Americans in October of 2017. In 102 career WHL games split between the Raiders and the Americans, Sapego totaled 14 goals and 48 assists along with 54 penalty minutes. He also posted a plus-46 rating in his two WHL campaigns.