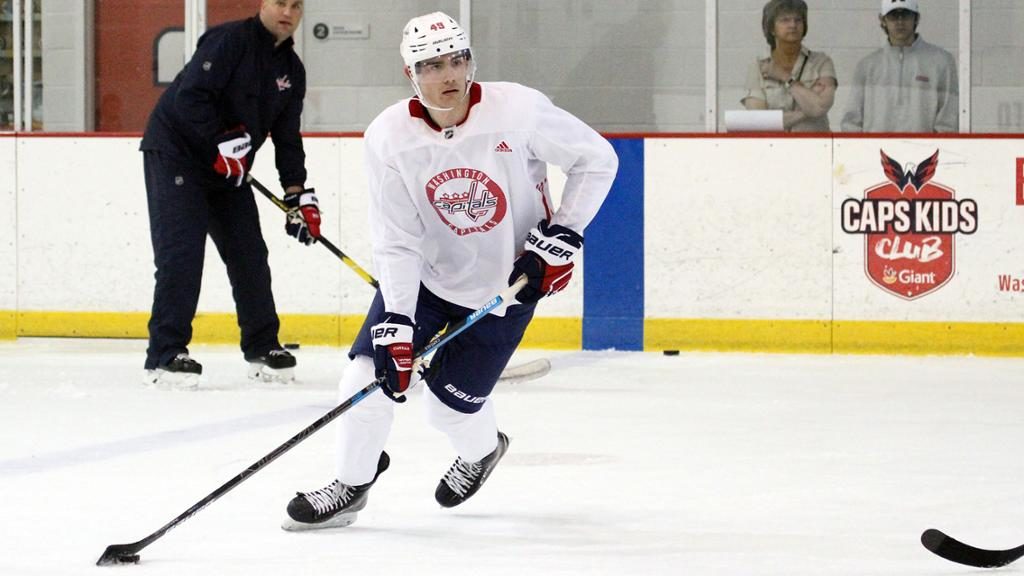 Leason, a product of Calgary, AB, was drafted by the Washington Capitals in the second round, 56th overall, of June’s NHL Entry Draft.

The 6’4, 199-lb winger completed his third season in the WHL. In 55 regular season games with the Raiders this year, he had 36 goals and 53 assists. His strong regular season earned him a spot on the First All-Star Team for the WHL’s Eastern Conference.

During the Raiders’ run to the Ed Chynoweth Cup in the 2019 WHL Playoffs, Leason led the team in points with 25 (10 goals, 15 assists). Included in that total were five goals and four assists in the 2019 Rogers WHL Championship.

Internationally, Leason donned the Maple Leaf for the first time in his career with Canada’s National Junior Team at the 2019 IIHF World Junior Hockey Championship. In five games at the tournament, Leason had three goals and two assists.

During the 2019 NHL Draft, Leason was awarded the E.J. McGuire Award of Excellence this year. The award is presented by the NHL each year to a prospect who best exemplifies commitment to excellence through strength of character, competitiveness, and athleticism.

Leason drafted by the Tri-City Americans in the third round of the 2014 WHL Bantam Draft. He was acquired by the Raiders during the 2017-18 season. In 190 career regular season games in the WHL, he compiled 60 goals and 80 assists.

NEWS | Capitals have signed forward Brett Leason (@Bleason7) to a three-year, entry-level contract with an average annual value of $750,000 #ALLCAPShttps://t.co/s7lypXZ1Gb