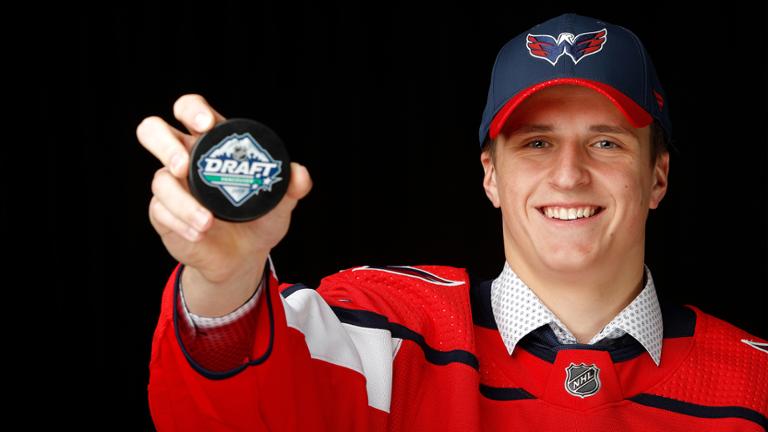 Protas, who hails from Vitebsk, Belarus, was selected in the third round, 91st overall, by the Capitals at the 2019 NHL Entry Draft in June. The Capitals moved up to that selection by trading the 118th and 129th picks in the draft to New Jersey.

During the Raiders’ run in the 2019 WHL Playoffs, Protas finished fourth in team scoring with 12 goals and 22 points in 23 games. This stretch was highlighted in back-to-back hat tricks in Games 5 and 6 of the Eastern Conference Championship against the Edmonton Oil Kings.

Protas also represented Belarus internationally, suiting up at the 2019 Division 1A – Group A World Junior Championship. He had two goals and three assists in five games as Belarus finished second in its pool.

According to the Capitals website, he is the first Belarusian chosen by Washington in the NHL Entry Draft.