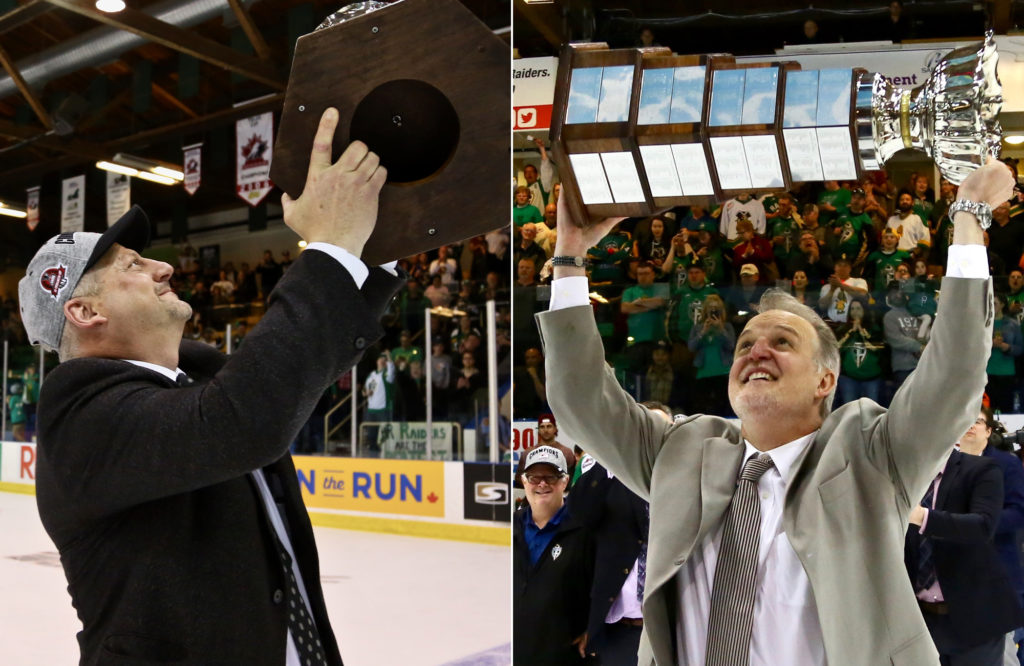 Hunt was introduced as General Manager prior to the 2015-16 season, culminating in winning the 2018-19 WHL Executive of the Year in his fourth year in the position. He also has guided the franchise to playoff appearances in three of his four years at the helm.

Habscheid was hired as Head Coach during the 2014-15 season and signed his first extension during the following off-season. Since joining the Raiders, Habscheid has posted a 168-135-25-11 record in his five years with the club.

This season featured milestones for Habscheid as he became the eighth coach in WHL history to record 500 wins. He also coached in his 1,000th game in the WHL. For guiding the Raiders to the a 54-10-2-2 record this past season, Habscheid was named the 2018-19 WHL Coach of the Year for the second time in his career.

Both men were instrumental in the Raiders lifting the Ed Chynoweth Cup as 2019 WHL Champions for the first time since 1985.

Season tickets for the 2019-20 are now on sale at the Raider Office in the Art Hauser Centre. The early-bird deadline is Friday, June 28. For more information, click here.