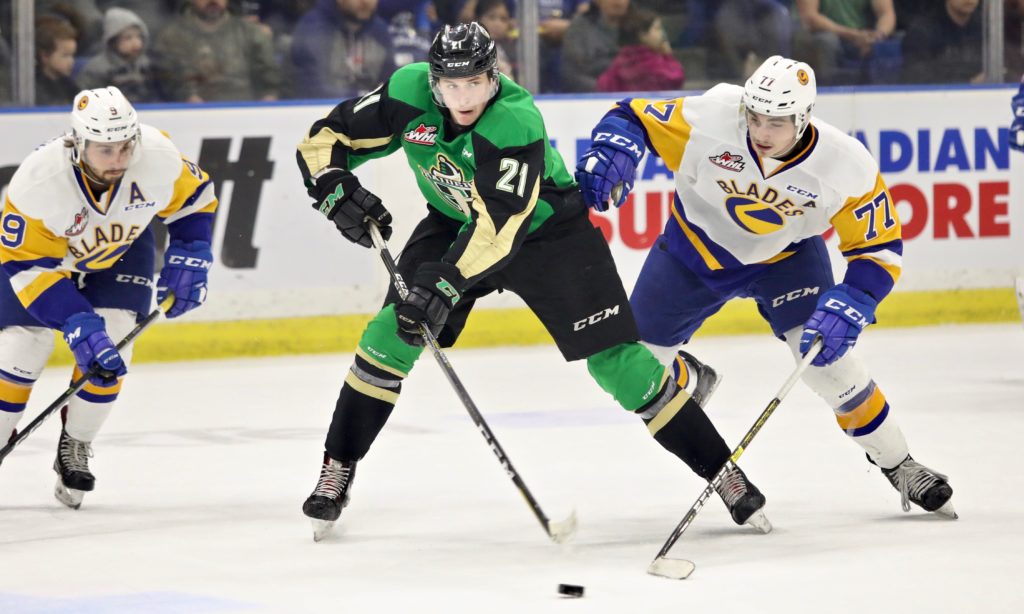 Prince Albert, SK – Get out your calendars.

On Wednesday in conjunction with the WHL, the Raiders unveiled their full schedule for the 2019-20 regular season.

The year begins with a home-and-home series with the Saskatoon Blades, starting at the Art Hauser Centre on Friday, September 20. The following night, the Raiders travel down Highway 11 to wrap up the opening weekend.

Our home opener is Friday, September 20 against the Saskatoon Blades!#GoRaidersGo pic.twitter.com/kw1iinKxTU

This season, the BC Division will make their biennial trip to the Art Hauser Centre, highlighted by a 2019 Rogers WHL Championship Series rematch with the Vancouver Giants on Tuesday, October 8. Last season, the Raiders posted a 3-1-0-1 record in their road trip through BC with wins over the Kamloops Blazers, Prince George Cougars, and Victoria Royals. Here is a complete list of games against the BC Division:

The Raiders’ longest homestand of the season is early in the year. They play six consecutive games at the Art Hauser Centre from September 28 to October 12.

During the season, the Raiders and the Art Hauser Centre will also host the sixth and final game of the 2019 CIBC Canada Russia Series on Thursday, November 14.

Here are some other notable dates:

For the full schedule, click here. A promotional schedule will be released at a later date.

Season tickets for the 2019-20 are available, with the early bird deadline set for Friday. For more information, visit the Raider Office, call 306-764-5348, or click here.