Allan, Laventure Invited to Camp for World Under-17 Hockey Challenge 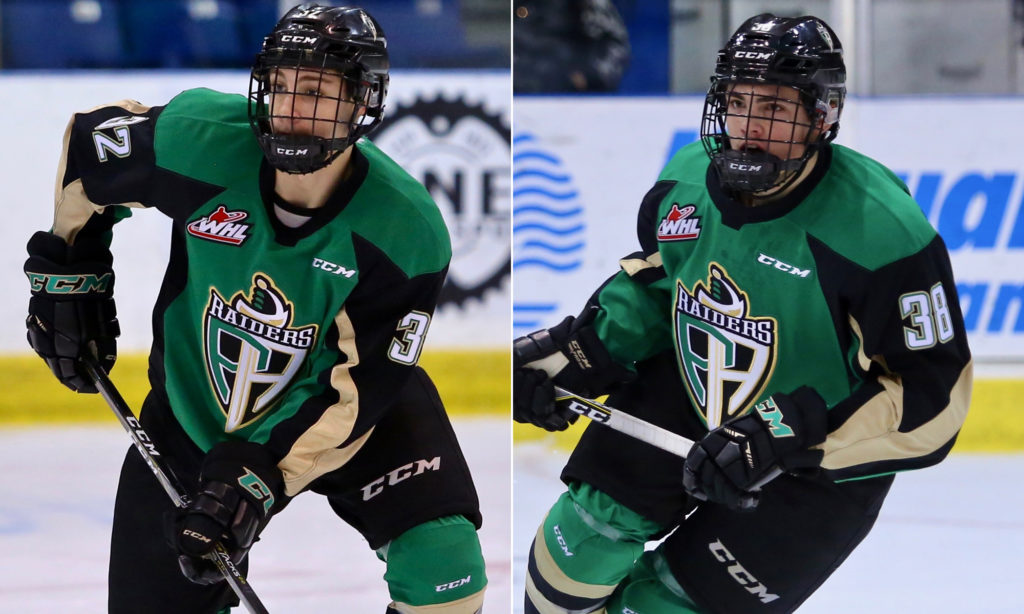 Prince Albert, SK – Nolan Allan and Tyson Laventure will have a chance to represent their country at the 2019 World Under-17 Hockey Challenge.

On Tuesday, Allan and Laventure were named to Hockey Canada’s camp for the World Under-17 Hockey Challenge in Calgary, AB from July 19 to 26.

Allan is coming off his first season with the Saskatoon Blazers of the SMHL. The third overall pick in the 2018 WHL Bantam Draft finished the year with 12 goals and 23 assists in 39 games played. He added six goals and 15 assists in 13 playoff games for the Blazers. His play earned the Davidson, SK product a spot on the SMHL First All-Star team and SMHL Top Defenceman honours.

The blueliner also drew into seven games for the Raiders during the 2018-19 season, registering an assist and two penalty minutes. At the Canada Winter Games, Allan scored four times and added two assists in six games for Team Saskatchewan.

Laventure spent his 2018-19 season with OHA Edmonton Prep of the CSSHL, scoring 24 goals and adding 32 assists in 32 games played. He chipped in three goals and two assists in five playoff games.

Hailing from Lloydminster, AB, the winger played in four games for the Raiders this season. He also had five goals and an assist to help Team Alberta to a bronze medal at the Canada Winter Games.

“The national under-17 development camp is the first step these athletes take in their Team Canada career,” said Director of Men’s National Teams Shawn Bullock. “Ultimately, these players will learn what it takes to wear the Maple Leaf in international competition. We are here to support their development by providing the on- and off-ice experiences they need to achieve the dream of representing their country.”

Allan and Laventure are among 112 players invited to take part in the camp. During the week, the players will be split into six teams for on- and off-ice training, fitness testing, instrasquad games, and classroom studies.

After the camp, Hockey Canada will monitor the players through the early weeks of the 2019-20 season before 66 are named to one of three Canadian teams for the event.

The 2019 World Under-17 Hockey Challenge will be held in Swift Current, SK and Medicine Hat, AB. The tournament opens on Saturday, November 2 when Canada Red takes on Russia in Swift Current while Canada Black and Canada White square off in Medicine Hat.

The final games of the 2019 World Under-17 Hockey Challenge will be played on Saturday, November 9.