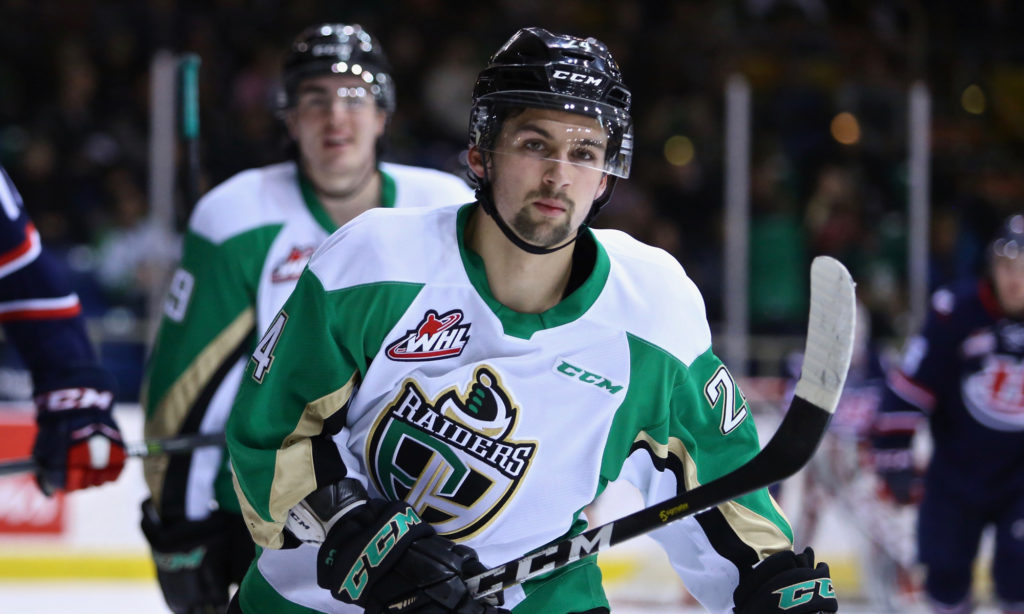 The camp will be held in Plymouth, Mich. from July 27 to August 4.

Fonstad, a fifth-round selection of the Montréal Canadiens in last June’s NHL Draft, had 29 goals and 44 assists in 67 games played during the regular season. He added two goals and four assists in the Raiders’ run to the Ed Chynoweth Cup.

“We’re very pleased with the group that will be brought together in Plymouth,” said Director of Men’s National Teams Shawn Bullock in a Hockey Canada release. “This is a development opportunity for some of the younger athletes, and it’s a great opportunity for our coaching staff and players to start developing a solid relationship ahead of the World Juniors.”

The Estevan product is one of 11 WHL players invited to Canada’s camp. In total, five goaltenders, 13 defencemen, and 25 forwards will take part in the camp. The group will be split into two teams in Plymouth. They will play four games, with two contests against the United States along with games against Finland and Sweden.

This year’s IIHF World Junior Championship will be held in Ostrava and Trinec, Czech Republic. Canada will open the tournament on Boxing Day against the United States.

Season tickets are now on sale for the 2019-20 season. The early bird deadline is Friday, June 28. For more information on season ticket packages, visit the Raider Office, call 306-764-5348, or click here.