Raiders Fall In Opener Against Halifax 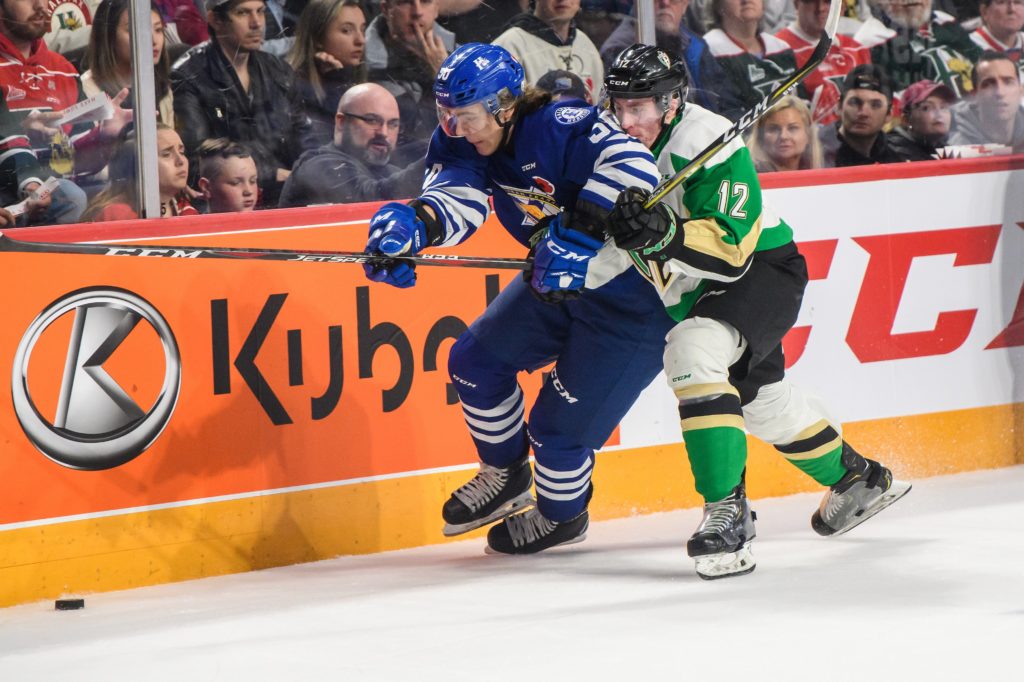 Halifax, NS – In their first trip to the Memorial Cup since 1985, the Prince Albert Raiders dropped their re-debut in the tournament.

Noah Gregor scored the lone goal for the Raiders in the second period of Friday night’s game on a deflection in front of the goal. Samuel Asselin picked up a goal and an assist for the hometown Mooseheads, while Maxim Trépanier dished out three assists.

Despite having two power-play opportunities early in the contest, the Mooseheads opened the scoring midway through the game. Raphaël Lavoie cut to the corner and threw a pass in front of the net. Asselin was on the receiving end and beat Ian Scott for the first goal of the tournament with 9:11 to play in the opening period.

After killing off another Raiders power play, Halifax extended their lead. Asselin found Xavier Parent with a backdoor pass and the Mooseheads winger found the back of the net to make it 2-0 with 1:16 left in the opening period.

After a string of penalties in the second, the Raiders were able to get on the board at the 10:46 mark of the second period. Max Martin’s point shot was tipped in front by Gregor past goaltender Alexis Gravel to make it a 2-1 game.

Five minutes later, the Mooseheads restored their two-goal lead with the Raiders on the penalty kill. Halifax worked the puck in to the zone to set up a one-timer for Jake Ryczeck that got past a sliding Scott with 4:08 to play in the period, making it a 3-1 game.

The Raiders pushed back after the goal, including a scramble in front of the goal with about a minute to play in the period. Dante Hannoun and Parker Kelly had whacks at a loose puck in front of Gravel, but the Mooseheads netminder was able to keep the Raiders at bay to close out the period.

Early in the third, Gregor nearly had his second of the night. He tried to pick the short-side corner on Gravel. His shot hit the post and the goaltender, but rolled along the line and was cleared out of danger.

As the Raiders mounted their comeback efforts, two penalties in the second half of the period slowed the push.

Late in the game, Antoine Morrand iced the contest with an empty-net goal with 1:53 to play

Scott finished the game with 33 saves in the loss. Gravel earned the win with a 23-save performance.

The Raiders have two days off before taking on the QMJHL President Cup Champion Rouyn-Noranda Huskies on Monday night. Puck drop is at 5 p.m. Catch the game on Sportsnet or listen to Trevor Redden on 900 CKBI.