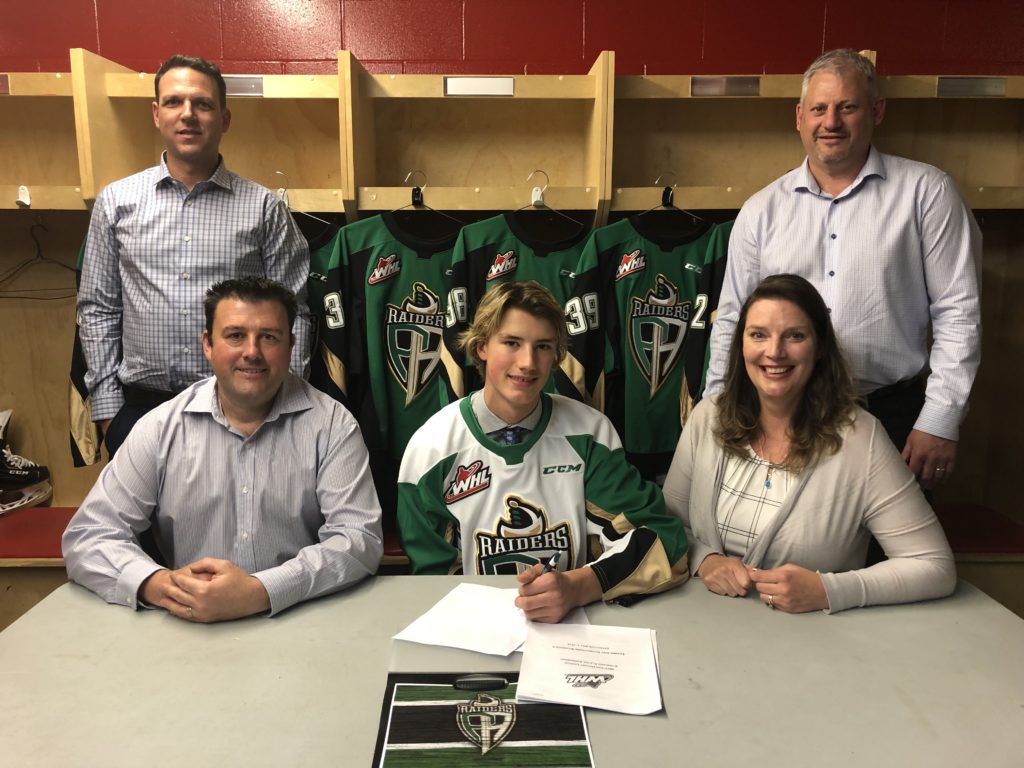 Prince Albert, SK – The Prince Albert Raiders are proud to the announce the signing of 2004-born forward Niall Crocker to a WHL Standard Players Agreement.

Crocker selected 22nd overall the Raiders in the first round of the 2019 WHL Bantam Draft.

Crocker, listed at 6’2 and 165 lbs, is from Delta, BC. He had 18 goals and 27 assists in 30 games with Delta Hockey Academy Prep. He also had two goals and an assist in his team’s three playoff games.

“I love physicality and I definitely bring that,” said Crocker of his play style. “Defensively, I’m good. Offensively, I think I’ll be a great fit.”

Raiders Director of Player Personnel Curt Brownlee said Crocker is a well-rounded player and was excited to get him at the WHL Bantam Draft.

“I think he has a great combination of skill, IQ, and grit,” Brownlee explained at the draft. “The other part we like about him is his character and his ability to lead. He’s excited to play in the Western Hockey League and with the Prince Albert Raiders.”

On draft day, Crocker found out he was selected by the Raiders at the World Selects Invitational in Philadelphia, PA. He added that he has family on his mother’s side in Saskatoon.

“I was very excited. Prince Albert was one of the teams that I was really wanting to go to. Heard all the fans love it there. [I’m] just really excited. No bad thoughts, just really happy.”

Season tickets for the 2019-20 are now available for purchase. The early-bird deadline is Friday, June 28. For more information including pricing, click here.

The Raiders begin the 2019 Memorial Cup Presented by Kia on Friday night against the host Halifax Mooseheads. Puck drop is 5 p.m. Listen to the call on 900 CKBI with Trevor Redden, or watch on Sportsnet.