Protas Named WHL On the Run Player of the Week 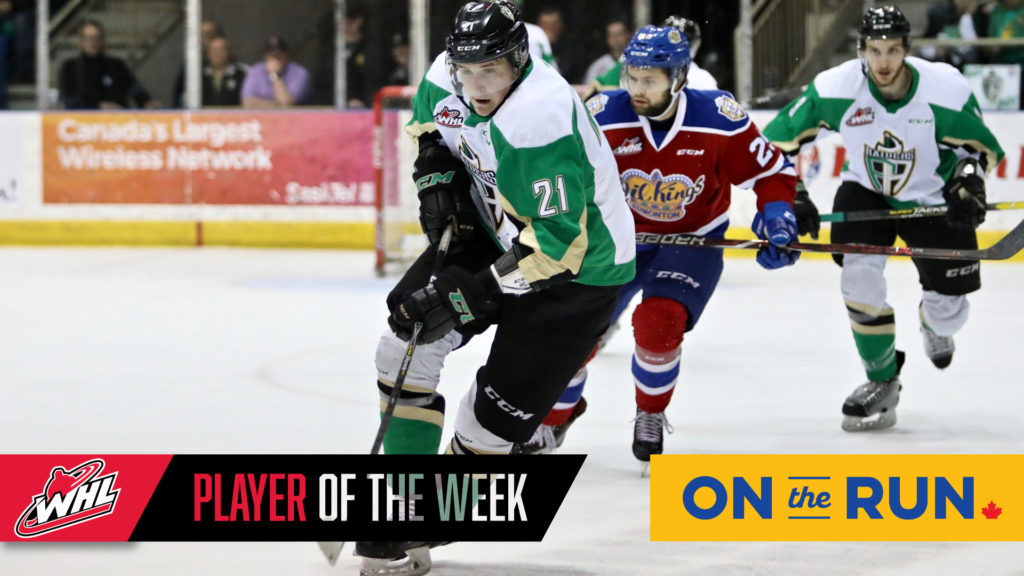 Calgary, Alta. – The Western Hockey League announced today that Prince Albert Raiders forward Aliaksei Protas has been named the WHL On the Run Player of the Week for the week ending April 28, 2019.

Protas, a prospect eligible for the 2019 NHL Draft, recorded seven points (6G-1A) and carried a plus-three rating as the Raiders defeated the Edmonton Oil Kings in their six-game Eastern Conference Championship campaign, advancing to the 2019 Rogers WHL Championship Series.

In Game 6 of the Eastern Conference Championship on Sunday, Protas continued his hot streak, recording another hat trick. For his efforts, Protas was awarded the third star of the game and the first star of the night in the WHL in the 4-2 series-clinching victory over the Oil Kings.

Protas and the Raiders will host the Vancouver Giants on Friday at 7 p.m. for Game 1 of the 2019 Rogers WHL Championship Series at the Art Hauser Centre.