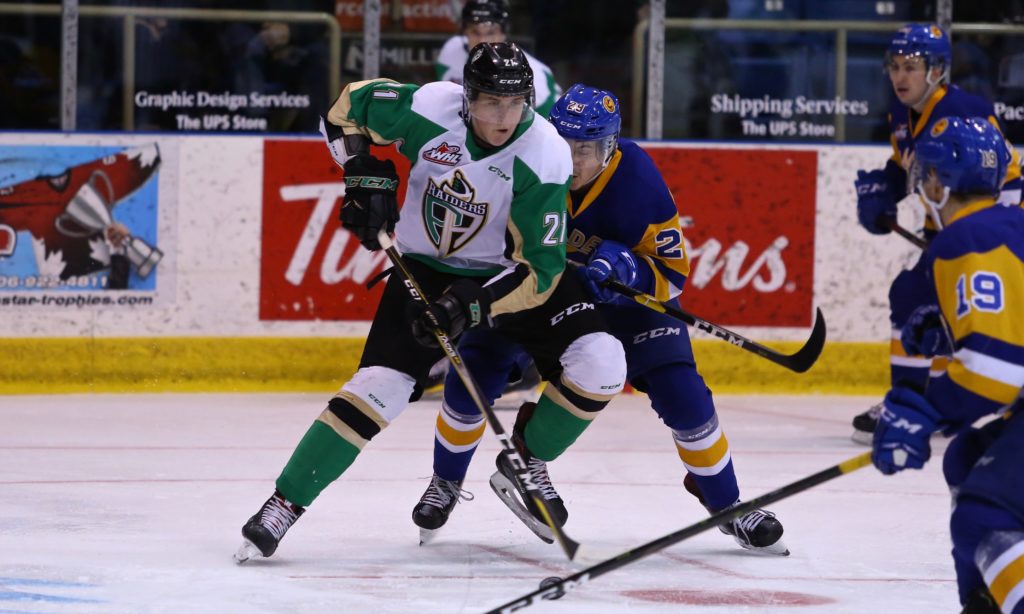 Prince Albert, SK – The Prince Albert Raiders are into Round 2 of the 2019 WHL Playoffs with a matchup against the Saskatoon Blades on the docket.

The Raiders enter the second round of the playoffs following a four-game sweep of the Red Deer Rebels last week. With the series shifting to Red Deer, the Raiders won Game 3 on Tuesday by a 4-2 score. On the following night, the Raiders closed out the series with a 4-1 victory at The Centrium on Wednesday.

This week, the Raiders open their Round 2 series against the Saskatoon Blades on Friday night at the Art Hauser Centre. Game time is 7 p.m. The series continues Sunday for Game 2, which begins at 6 p.m. Tickets for both games are available here and the Raider Office.

Prior to Sunday’s game, Lake Country Co-op will be hosting a barbecue beginning at 4 p.m.