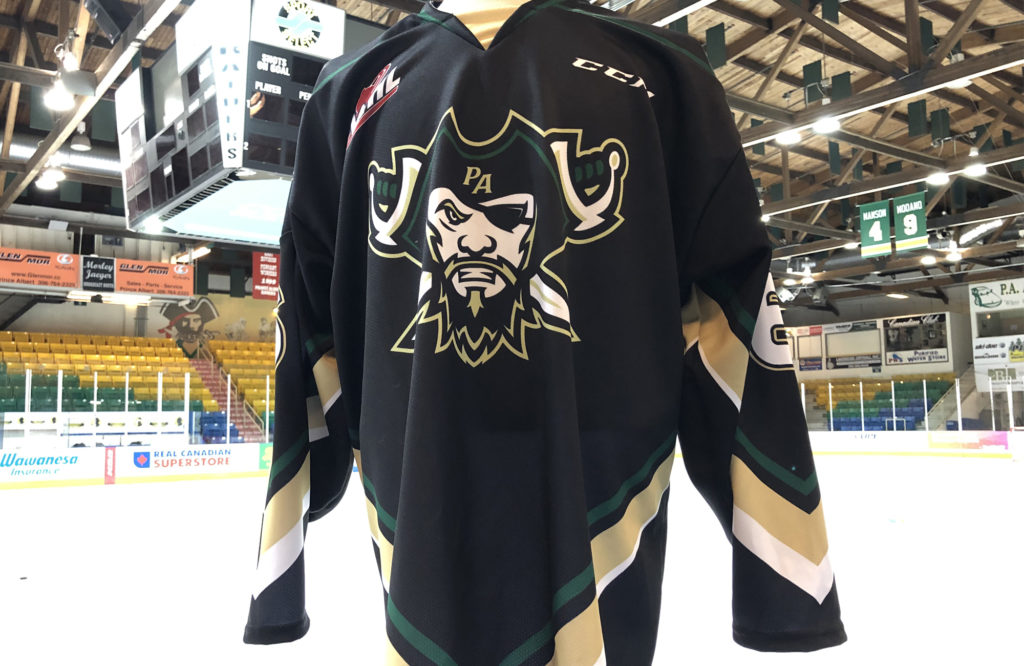 Prince Albert, SK – After more than 11,000 votes were cast, one sweater was picked in the Fan Appreciation Night Jersey Contest.

On Saturday, March 16, the Raiders will wear sweaters designed by Brooks Freeman of Virden, MB. Brooks won tickets to the game against the Saskatoon Blades as well as a customized version of his sweater.

As part of the night, the sweaters will be auctioned at raiderhockey.com/jersey-auctions. The auction will begin on Monday, March 11 at Noon CST.

With 47% of more than 11,000 votes cast, Brooks Freeman’s submission is the winner of the Fan Appreciation Night Jersey Contest!

Fans can purchase a jersey outright for $450 or place a bid starting at $250. Online bidding will continue until Noon CST on Saturday, March 16. Any sweaters that are not bought outright will be available for silent auction during the game at the Volunteer Station in the Johnny Bower Lobby. The highest online bid will be carried over to the silent auction, which will end five minutes into the third period of the game on March 16.

The next Raiders’ home game is on Friday night when the Swift Current Broncos (10-45-3-2) are back at the Art Hauser Centre. Puck drop is 7 p.m. Tickets are available at the Raider Office and raiderhockey.com.