Raiders Doubled Up By Warriors In Moose Jaw 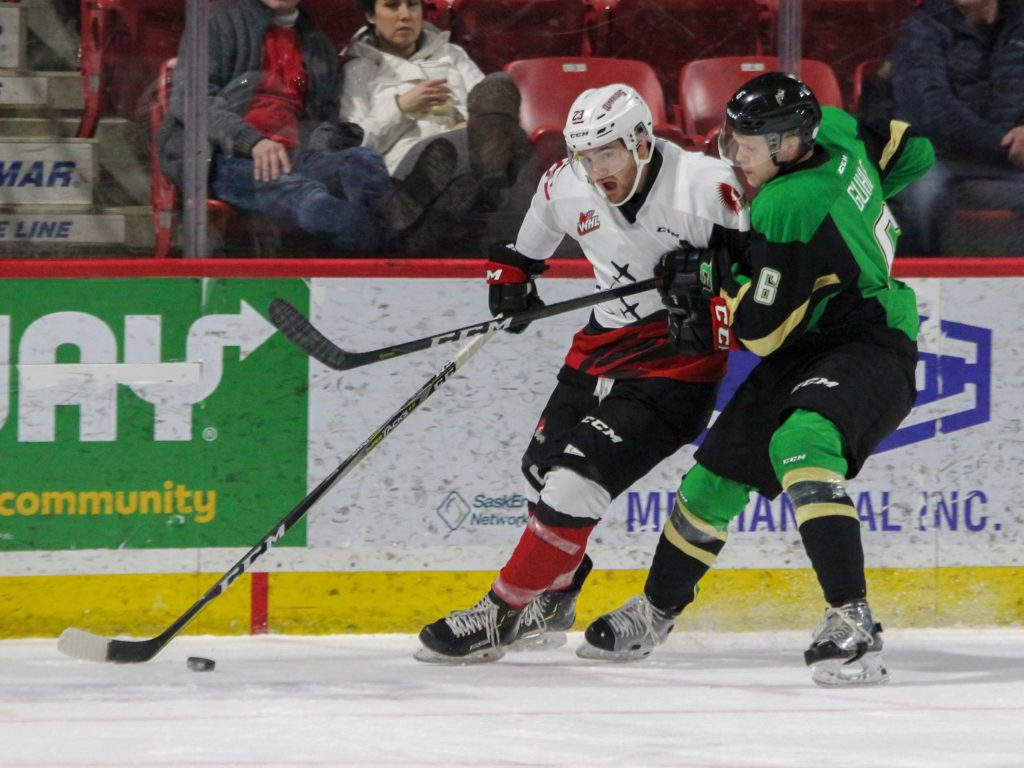 Aliaksei Protas had two assists in the loss for the Raiders. Justin Almeida factored in on every Warriors goal, scoring once and adding three assists.

The Warriors opened the scoring late in the first period. Ian Scott got a piece of Almeida’s shot, but the puck trickled towards the goal line. Sergei Sapego appeared to pull the puck off the line and the play was called no goal on the ice. Upon video review, it was called a good goal to put Moose Jaw up 1-0 with 1:37 to play in the first.

Less than a minute later, the Raiders responded. Dante Hannoun stepped into a pass from Protas and snapped a shot off the post and in for his 28th goal of the season, tying the game at 1-1 with 53 seconds to play in the first.

SCORES! What a shot by @hannoun19!

After a scoreless second period, the Warriors restored their lead 5:41 into the third. Tristin Langan tallied his first of the game when he beat Scott.

Midway through the period, the Warriors struck again. On a slow developing odd-man rush, Almeida held onto the puck and found Langan who scored his second of the game at 11:58 mark of the frame.

Brayden Tracey extended the Warriors’ lead with 6:24 to play. Tracey’s initial shot was stopped by Scott and sent into the corner. The Warriors rookie threw the puck back at the net and it ricocheted off Scott’s back and in as he was sliding back to the post.

The Raiders cut into the lead with 10 seconds to play. Protas hit Justin Nachbaur with a backdoor pass and the Cross Lake, MB product banged home his 17th of the season.

Scott finished the game with 25 saves in a losing effort. He was removed from the game following Moose Jaw’s fourth goal. Boston Bilous made one save in relief.

Brodan Salmond stopped 27 shots in the win for the Warriors.

The Raiders are back at home on Tuesday night when the Swift Current Broncos (10-45-3-2) come to town. Puck drop is 7 p.m. Tickets are available at the Raider Office and raiderhockey.com.