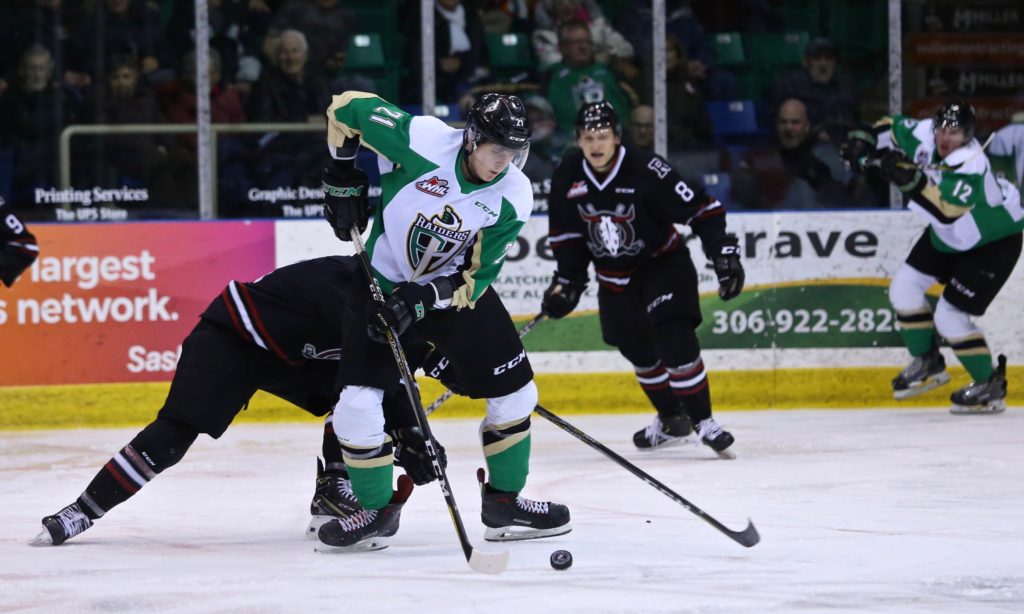 Prince Albert, SK – The Prince Albert Raiders (54-10-2-2) shift their focus to the 2019 WHL Playoffs following a season-ending home-and-home series with their biggest rivals.

The Raiders split their weekend series with the Saskatoon Blades (45-15-8-0) to close out the regular season with each team winning at home. On Friday, the Raiders fell 3-2 to the Blades in Saskatoon, but got revenge on Saturday with a 3-1 win at the Art Hauser Centre in the final game of the regular season.

This week, the Raiders open the 2019 WHL Playoffs on Friday night at the Art Hauser Centre against the Red Deer Rebels. Game 2 of the series will be played on Saturday night. Both games start at 7 p.m.

The matchup is set.

Raiders versus Rebels in the first round of the 2019 #WHLPlayoffs.

The Raiders won three of the four games against the Rebels this season including both games at the Art Hauser Centre. Brett Leason led the season series with six points (three goals, three assists). Brandon Hagel (two goals, one assist) and Chris Douglas (one goal, two assists) each and three points for Red Deer.

Tickets for Games 1 and 2 of the opening round series against the Rebels are available at the Raider Office and at raiderhockey.com.

Related Links
Get Tickets for Games 1 and 2
More News