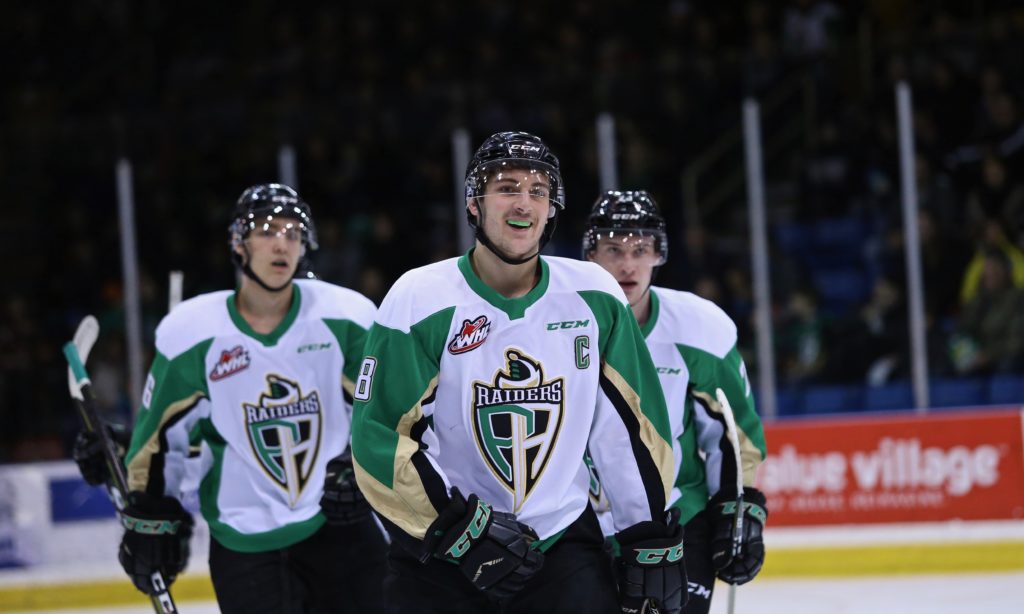 Prince Albert, SK – The Prince Albert Raiders (53-9-2-2) wrap up the regular season with a home-and-home series this weekend.

The final two games of the regular season are this weekend against the Saskatoon Blades, beginning on Friday night at SaskTel Centre. Game time is 7 p.m.

The two teams meet again on Saturday night at the Art Hauser Centre on Fan Appreciation Night. Puck drop is 7 p.m. The Raiders will be wearing jerseys designed by Brooks Freeman, the winner of the Fan Appreciation Night jersey contest. Tickets are available at raiderhockey.com and the Raider Office.

On Saturday, Great Western Brewing will be in the Ches Leach Lounge giving out samples of their products. Also, Old Dutch Chips will be handing out bags of chips at the end of the game. Plus, the TJ’s Pizza 50-50 will have a guaranteed take home of $5,000 courtesy of Dwayne Enterprises Ltd. of Melfort.

Tickets are also on sale for the Year-End Banquet Presented By Great Western, which will be held in the Ches Leach Lounge on Monday, March 18 at 6 p.m. Each ticket is $40. Contact the Raider Office for more information.

Playoff packages for the general public are now on sale. Single-game tickets will go on sale on Friday, March 15 at 9 a.m. The CAA Saskatchewan Member discount does not apply for tickets to the 2019 WHL Playoffs. Tickets can only be purchased for games guaranteed to be played.