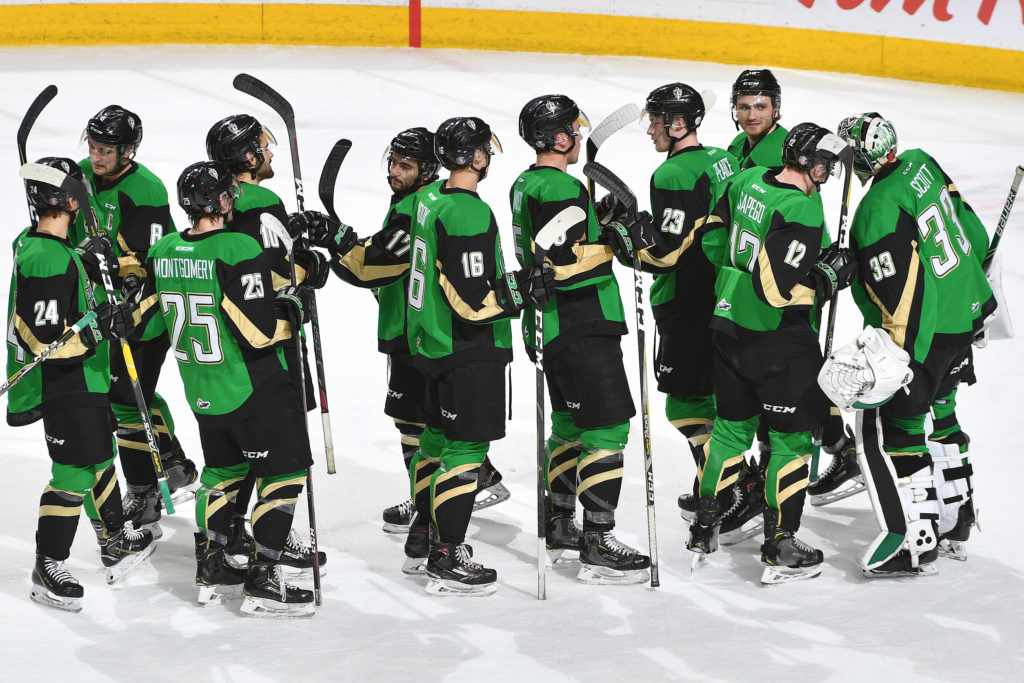 Prince Albert, SK – The Prince Albert Raiders became the first team in the league to officially clinch a spot in the 2019 WHL Playoffs on Tuesday night.

With the Brandon Wheat King’s 7-3 loss to the Saskatoon Blades, the Wheat Kings (22-21-3-4) are no longer able to catch the Raiders (43-7-0-2) in the standings. The Raiders have already amassed 88 points this season, while Brandon can only achieve 87. The Regina Pats and Swift Current Broncos were previously mathematically eliminated from catching the Raiders in the East Division standings.

The general public is able to purchase packages for the 2019 WHL Playoffs beginning on Monday, March 11 at 9 a.m.

To purchase a package, fans are to provide their VISA or MasterCard number or a void cheque to the Raider Office. The accounts will be charged when games are guaranteed to be played. Purchasers can not opt out of any games or rounds.

The Raiders continue their Alberta road trip on Friday night when they head to Calgary to take on the Hitmen at the Stampede Corral as part of the Corral Series.

The next Raiders home game is on Friday, February 15 against the Brandon Wheat Kings. Tickets are available at raiderhockey.com and the Raider Office.