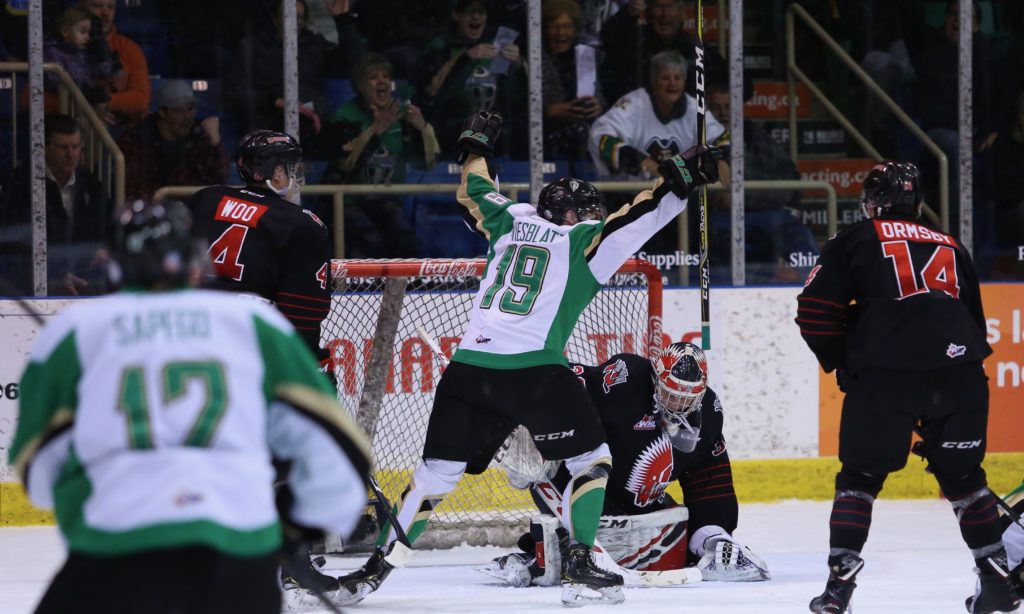 This past week, the Raiders finished with a 2-1-1-0 record. They opened the week with a 3-1 win over the Broncos in Swift Current at the Innovation Credit Union i-Plex on Wednesday night.

On Friday, the Raiders opened a home-and-home series with the Brandon Wheat Kings in Prince Albert with a 5-4 overtime loss. In the return match on Saturday, the Raiders fell 6-3 to the Wheaties at Westoba Place.

The Raiders returned to the Art Hauser Centre for a Family Day matinée against the Moose Jaw Warriors and came away with a 4-3 victory.

On Saturday, the Brandon Wheat Kings (27-22-3-4) visit Prince Albert to wrap up the six-game season series. The Raiders hold a 3-1-1-0 record against the Wheaties this season.

Both games begin at 7 p.m. Tickets are available at the Raider Office and at raiderhockey.com.