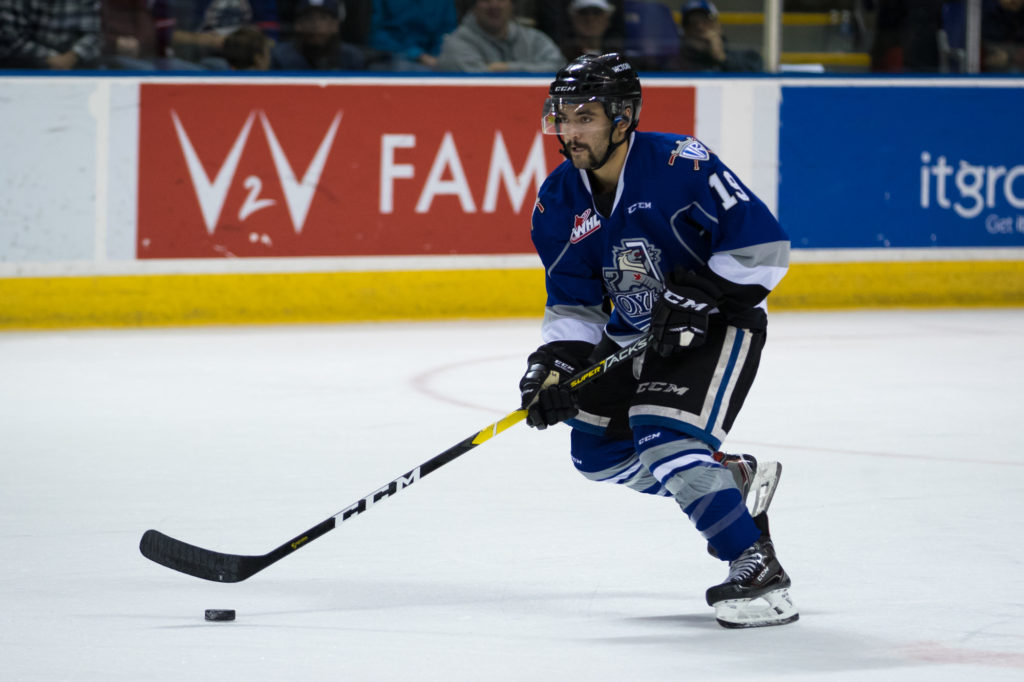 In exchange, the Raiders have sent overage forward Kody McDonald, 2000-born forward Carson Miller, and a third-round pick in 2020 to the Royals.

“We are excited to add a prolific scorer like Dante to an already potent lineup,” said Raiders General Manager Curtis Hunt. “Dante brings speed, character, and compliments the leadership we already have in the organization.

This season, Hannoun has 19 goals and 17 assists in 28 games played for the Royals. Four of those goals have been game winners, while five of them have come on the power play.

McDonald was acquired by the Raiders from the Prince George Cougars at last year’s WHL Trade Deadline. Since joining the Raiders, McDonald had 21 goals and 27 assists in 63 games played. A veteran of 295 career WHL games, the Lethbridge, AB product has 81 goals and 93 assists in his career.

Miller was a first-round pick of the Raiders in the 2015 WHL Bantam Draft. This year, the Yorkton product has 10 goals and eight assists while dressing in all 38 games. In his career, Miller has 20 goals and 27 assists in 156 WHL contests.

“We want to thank Kody and Carson for their contributions to the team on and off the ice,” said Hunt. “We wish them the best of luck going forward in their careers.”

Hannoun is expected to make his Raiders debut when the team returns to the Art Hauser Centre on Friday night when the Moose Jaw Warriors (19-8-5-1) make their first trip to Prince Albert this season. Then, the Raiders host the Saskatoon Blades (22-11-5-0) on Saturday. Puck drop for both games is 7 p.m. Tickets are available at raiderhockey.com and the Raider Office.