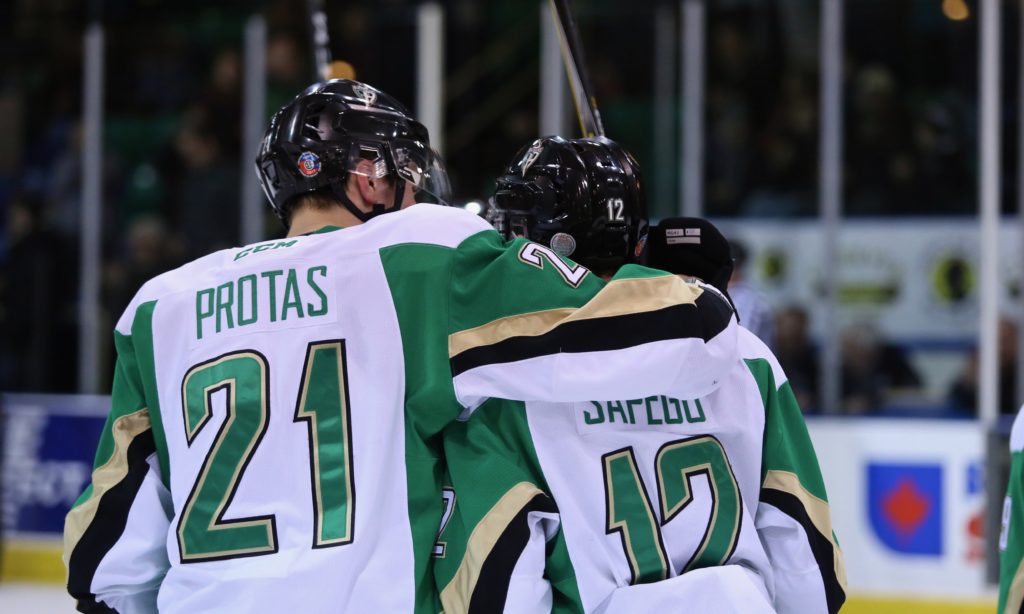 Prince Albert, SK – The Prince Albert Raiders (41-6-0-2) return to the friendly confines of the Art Hauser Centre this weekend after a two-week road trip through British Columbia.

In the second week of the trip, the Raiders won two of the three contests. They opened with a 4-1 win over the Victoria Royals at the Save-On-Foods Memorial Arena. On Thursday, the Raiders dropped their first game in regulation of the trip by a 3-1 score to the Vancouver Giants at the Langley Events Centre. The week ended with a 7-3 win over the Kootenay ICE in Cranbrook on Saturday night.

This week, the Raiders are back in the Art Hauser Centre for two games. The first is a Friday night tilt with the Central Division-leading Edmonton Oil Kings (26-15-4-4).

On Saturday night, the Raiders will host the Moose Jaw Warriors (27-11-6-2) on WHL Suits Up with Don Cherry to Promote Organ Donation Night Presented by RE/MAX. The Raiders will be wearing specially-designed Don Cherry-themed jerseys that are currently up for auction at 32auctions.com. All proceeds from the jersey auction will be donated to the Prince Albert chapter of The Kidney Foundation of Canada.

As part of the night, the Raiders will be giving out 1,000 bobbleheads featuring Don Cherry and Blue. Each fan will get a scratch-and-win ticket when they come in the door on Saturday night to see if they won a bobblehead. RE/MAX will also be on hand to give out drink koozies.

Both games begin at 7 p.m. Tickets are available at raiderhockey.com and the Raider Office.