Raiders End 2019 With Loss to Winnipeg 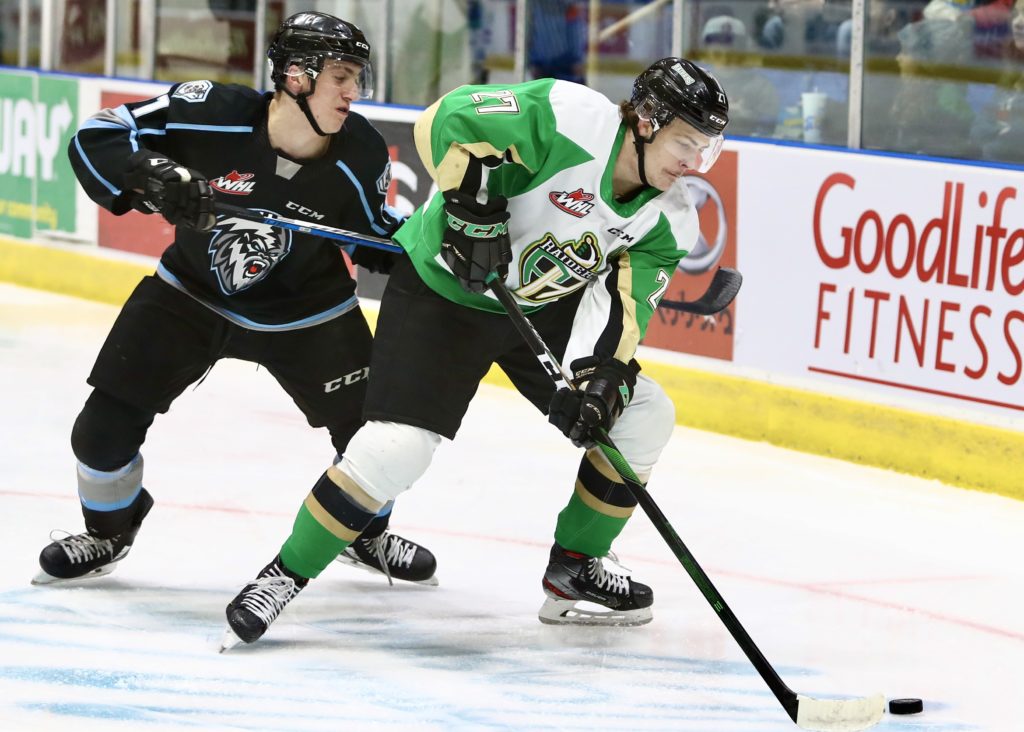 The newly-formed Belarusian line factored in on both of the Raiders’ goals on the night. Ilya Usau had a pair of goals, while Daniil Stepanov and Aliaksei Protas each had two assists.

The loss dropped the Raiders to second in the East Division as they are now a point behind the ICE.

Winnipeg opened the scoring 6:55 into the contest. Carson Lambos had the puck at the point and was able to skate into a shot. Connor McClennon tipped the shot past Boston Bilous to give the ICE a 1-0 advantage.

Usau tied the game with 3:57 to play in the opening frame. Protas took a shot that was denied by Hughes’ blocker. Stepanov recovered the puck and chipped it to Usau, who skated across the goal mouth and slid a puck under Liam Hughes’ glove hand for his 10th goal of the season.

Less than a minute later, the ICE regained their lead. Reece Harsch’s shot from the point was stopped by Bilous. Owen Pederson got to the rebound in the slot and banged home the rebound to put Winnipeg up 2-1 after the first period.

The Raiders pressed for an equalizer in the second period. Spencer Moe found Brayden Watts with a cross-ice pass on an odd-man rush, but Hughes made the save. Later on a power play, Protas found Moe with a backdoor pass, but the Calgary product sent the deflection just wide.

Early in the third, Usau struck again to tie it up. Protas broke up a play in the ICE’s end and found Stepanov at the side of the net. The Minsk, Belarus product hit a streaking Usau with a pass and the rookie connected on the one-timer to make it 2-2 with his second of the night and 11th of the year.

Just 26 seconds after the Raiders tied it, Winnipeg regained its lead. Peyton Krebs got the puck behind the Raiders’ goal. He found McClennon in front of the net and 2020 NHL Draft prospect one-timed it home from the top of the crease to make it a 3-2 game.

The Raiders kept working for another equalizer, but were unable to solve Hughes again. Watts had an attempt from the high slot that was swallowed up by the overage goaltender. Later on, Reece Vitelli was able to slice through Winnipeg’s defence, but wasn’t able to get enough on his shot to get it past Hughes.

Bilous made 11 saves in the loss for the Raiders. Hughes finished the game with 24 shots.

The next Raiders’ home game is Tuesday, January 7 when the Red Deer Rebels come to the Art Hauser Centre. Puck drop is 7 p.m. Tickets are available at the Raiders Office and online here.