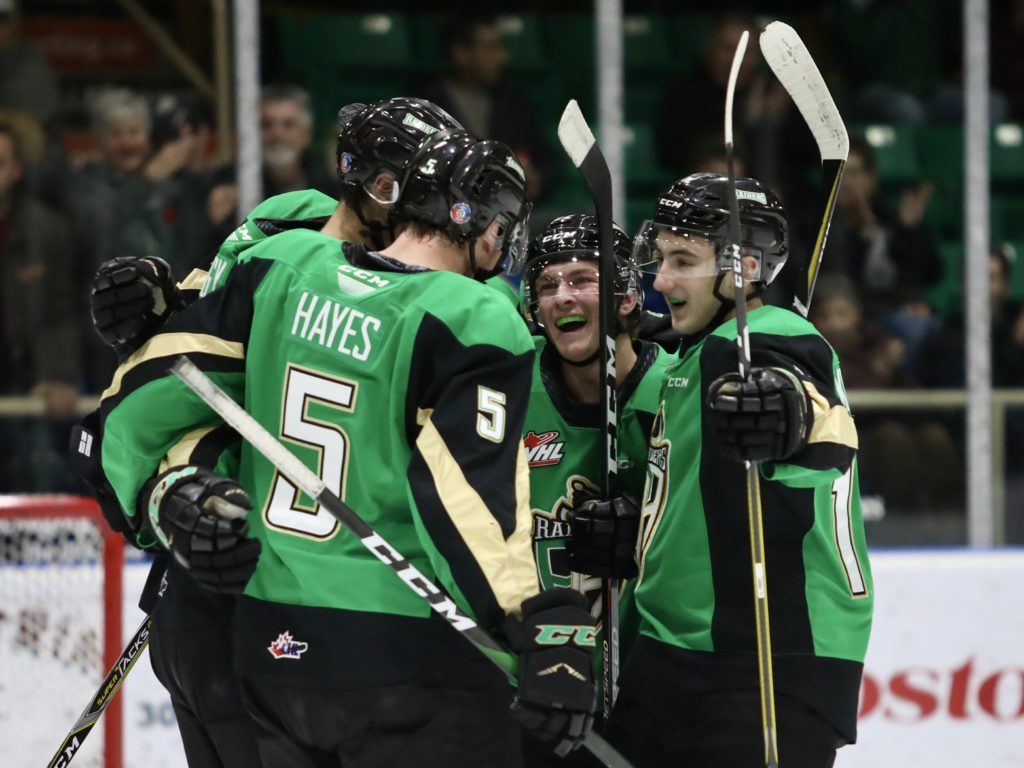 Prince Albert, SK – The Prince Albert Raiders have two games this week, both on the weekend.

On Friday night, the Raiders (18-5-3-1) welcome the Kelowna Rockets (14-8-1-2) to the Art Hauser Centre for the only time this season. The Rockets are the hosts of the 2020 Memorial Cup Presented By Kia. Last season, the Raiders fell to the Rockets in a shootout in Kelowna.

Puck drop is 7 p.m. for Friday’s game. Tickets are available at the Raiders Office and online here.

If you want to watch Saturday’s game in person, the Raiders are sending a fan bus to Moose Jaw. Tickets for the bus are $65 per person. Season ticket holders save $5 off per ticket. The package includes transportation to and from Moose Jaw, a ticket to the game, and snacks and beverages on the bus from Old Dutch and Prince Albert Beverages.

The bus will start loading at the Art Hauser Centre at 2 p.m. Purchase your tickets for the fan bus at the Raiders Office.

We’re sending a fan bus to Moose Jaw on Dec. 7!

📲Get all the details on the Raiders App, or online here: https://t.co/JY4xnoSMpo

Next week is the final week of games for the Raiders before the holiday break. The Raiders host three games for Holiday Week beginning on Wednesday, December 11 against the Medicine Hat Tigers (18-7-1-0) for the Wawanesa Toy Drive in Support of the Optimist Club of Prince Albert. The toys will benefit the Optimist Club’s Santa Anonymous program. Fans are asked to bring a new and unwrapped toy to the game with a chance to win tickets to the 2020 Memorial Cup Presented By Kia in Kelowna this May. Get all of the details here.

We took @jeremy_masella, @spencerm04, and @brayden_watts29 shopping for the @Wawanesa Toy Drive in support of the Optimist Club of PA.

Bring a new and unwrapped toy on Dec. 11 for a chance at a trip to the @CHLMemorialCup Presented by Kia.

On Friday, December 13, the Raiders host the Winnipeg ICE (14-11-1-0) on Ugly Christmas Sweater Night Presented By Lakeland Ford. The Raiders will be wearing special Ugly Christmas Sweater jerseys for the game. The auction for the jerseys is on-going. Nine jerseys have been purchased so far. Jerseys can be bought outright for $450 or bidding starts at $250. The online portion of the auction ends on Thursday, December 12 at 5 p.m. CST. From there, jerseys that have not been bought outright will continue as a silent auction at the game on December 13. Check out the auction here.

We’ll be wearing these on Dec. 13 against the Winnipeg ICE. Have you checked out the game-worn auction yet?

And don’t forget about our Teddy Bear Toss Presented By Canadian Tire on December 14 against the Kamloops Blazers (17-9-0-1). Please bring your stuff animals wrapped in a plastic bag. Tickets for Teddy Bear Toss Night are available here.