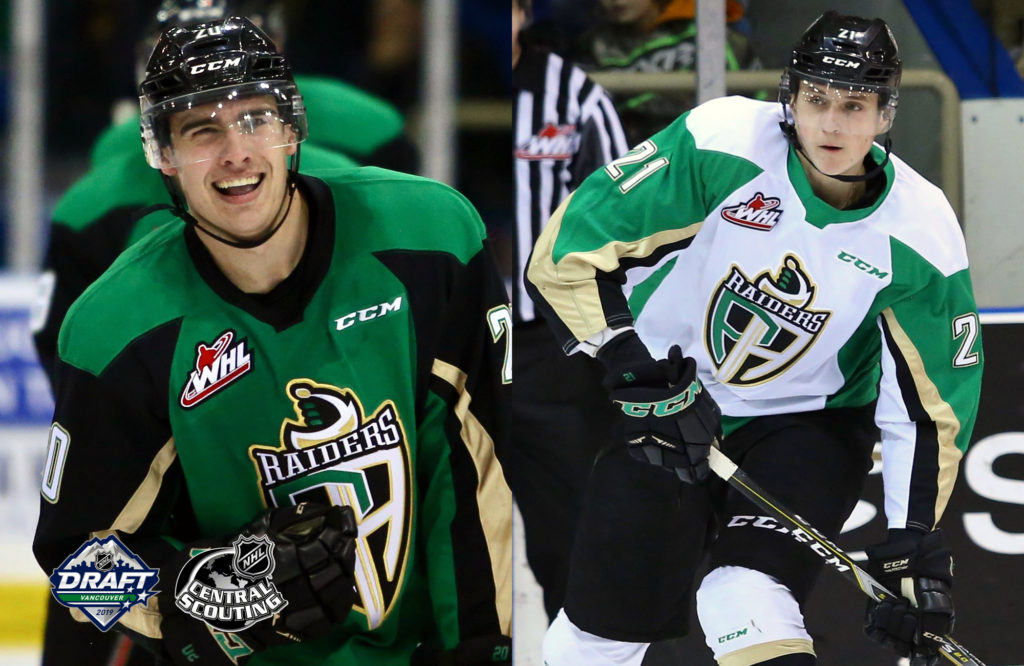 Brett Leason was ranked 17th among North American skaters, while Aliaksei Protas came in at 77th in the same category. Both players were left off NHL Central Scouting’s Players to Watch list at the beginning of the year, but were included in November’s list as potential fourth-to-sixth round draft picks.

Earlier this season, the 6’4, 199-lb winger was a member of Team WHL at the CIBC Canada Russia Series. He assisted on the game-winning goal in Team WHL’s lone win of the event.

Leason also represented Canada at the 2019 IIHF World Junior Hockey Championship in Vancouver and Victoria. He finished the tournament with three goals and two assists in five games.

Protas was selected 26th overall in June’s CHL Import Draft. In 39 games this year, the Vitebsk, Belarus product has nine goals and 20 assists.

The 6’5, 192-lb forward suited up for Belarus at the 2019 IIHF U20 World Championship Division 1 tournament in December. Protas picked up a pair of goals and three assists as Belarus finished second in the round-robin format.

Aliaksei Protas scored this goal, which held up as the game winner. pic.twitter.com/yDBsAQsj4G

The Raiders are back in action on Tuesday night in Victoria when they take on the Royals (22-19-1-0) at the Save-On-Foods Memorial Arena. Puck drop is 9:05 p.m. Catch the game at The Rock And Iron Sports Bar at the Prince Albert Golf and Curling Club or listen on 900 CKBI.