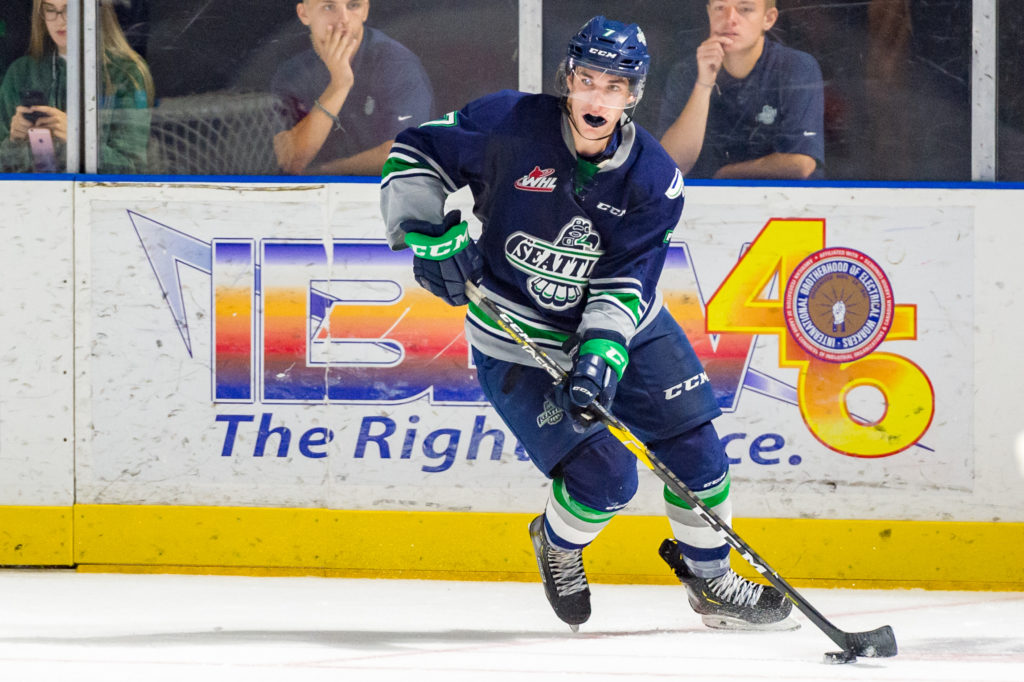 Prince Albert, SK – The Prince Albert Raiders have acquired 2001-born winger Michael Horon from the Seattle Thunderbirds in exchange for a seventh-round pick in the 2020 WHL Bantam Draft.

Horon, a Lethbridge, AB product, is in his first full season with the Thunderbirds. The 5’10, 177-lb forward has a goal and seven assists in 14 games played this season.

“Michael has a lot of skill and is a speedy and crafty player,” said Raiders General Manager Curtis Hunt. “Bringing him in provides us some depth in scoring. We’re excited to add Michael to our group.”

Last season, Horon played for the Lethbridge Midget AAA Hurricanes of the Alberta Midget Hockey League, scoring 30 goals and adding 31 assists 30 games. He led the AMHL in goals, points, and was named the league’s top forward.

Horon was originally drafted by the Everett Silvertips in the 2016 WHL Bantam Draft.

The Raiders are off until Saturday when they head to Regina to take on the Pats at the Brandt Centre. Puck drop is 7 p.m.

However, fans don’t have to wait to see hockey at the Art Hauser Centre. The sixth and final game of the 2019 CIBC Canada Russia Series will be played in Prince Albert on Thursday night as Team WHL takes on the Russians. Game time is 7 p.m. Tickets are available at the Raiders Office and at raiderhockey.com.