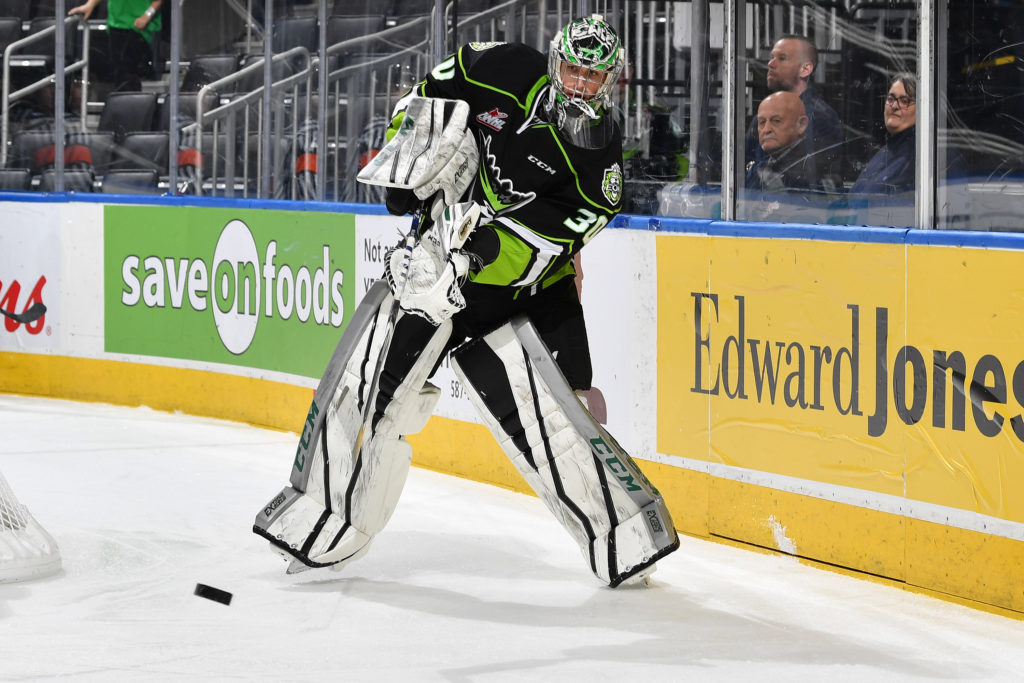 Prince Albert, SK –  The Prince Albert Raiders have acquired 2001-born goaltender Boston Bilous from the Edmonton Oil Kings in exchange for a conditional sixth-round pick in the 2022 WHL Bantam Draft.

Bilous hails from Langley, BC and was a fourth-round pick of the Oil Kings in the 2016 WHL Bantam Draft.

Bilous is eligible for the upcoming 2019 NHL Entry Draft. In the latest edition of the NHL Central Scouting Players to Watch List, the netminder was given a ‘C’ rating to indicate a potential fourth-to-sixth round selection in June’s draft in Vancouver. He was one of just seven WHL goaltenders to feature on the list.