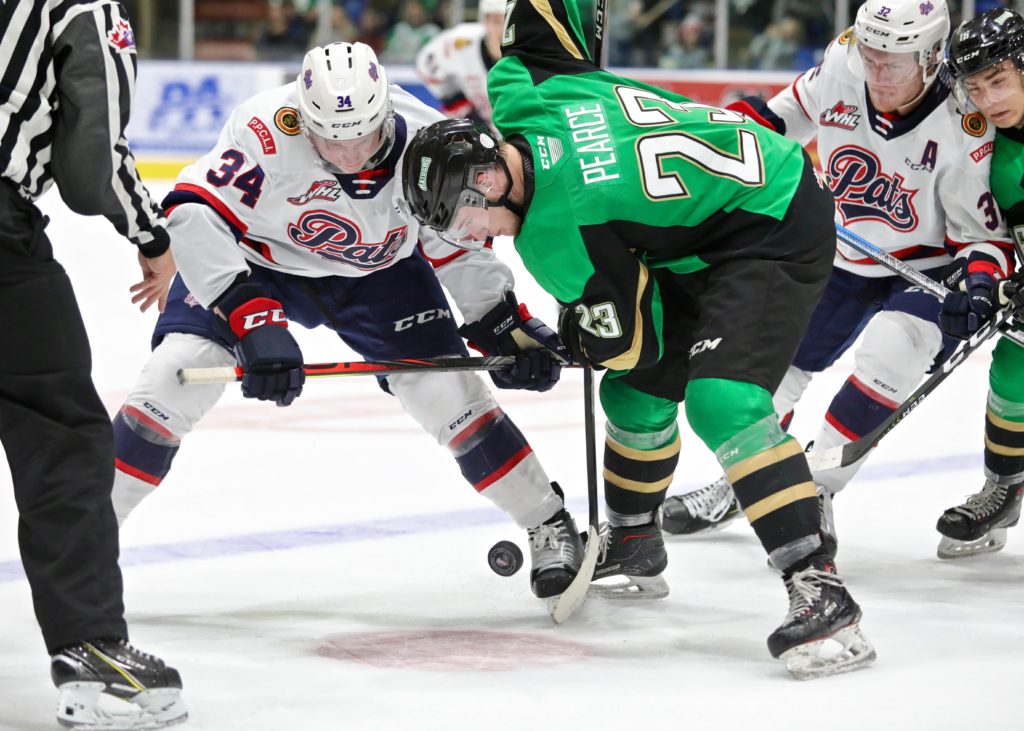 Prince Albert, SK – The Prince Albert Raiders (9-2-3-0) are back in Saskatchewan after they completed their US Division road trip.

In the final week of their trip, the Raiders played four of the five games scheduled on the trip. In the final four games, they posted a 2-1-1-0 record with wins over the Tri-City Americans and Spokane Chiefs. That brought the Raiders’ record against the US Division to a 2-2-1-0 record.

Aliaksei Protas paced the Raiders during the road trip with five points (three goals, two assists) in the five games. Boston Bilous started all five games in the United States, posting a 2.19 goals-against average in the process.

This week, the Raiders are off until the weekend when they play games on consecutive nights.

On Friday, the Raiders play their first home game in three weeks when the Regina Pats (2-10-1-0) visit the Art Hauser Centre. The Raiders have won both of their games against the Pats so far this season.

Puck drop on Friday night is 7 p.m. Tickets are available at the Raiders Office and online here.

The following night, the Raiders travel to Moose Jaw to take on the Warriors (6-6-1-0) at Mosaic Place. Game time is at 7 p.m. Head to The Rock And Iron Sports Bar to watch the game, or listen on XFM 101.5.

🇨🇦🔴 Nolan Allan (@nolanallan7) will be on Canada Red for the upcoming @HC_WU17!

They’ll open the tournament in Swift Current against Russia on Nov. 2.#WorldU17 https://t.co/VO9k1AJg4R

Internationally, the 2019 World Under-17 Hockey Challenge begins this weekend. Nolan Allan will suit up for Canada Red at the event. Canada Red will play a pre-tournament game against the United States in Medicine Hat, AB on Thursday night. The tournament schedule begins on Saturday when Canada Red faces off against Russia in Swift Current at 7 p.m.

For the first time in the tournament’s history, @sask_hockey are champions at the #WHLCup!

In prospect news, the WHL Cup wrapped up on Sunday afternoon with Tre Fouquette and Team Saskatchewan winning the gold medal for the first time in event history with a 4-2 victory over Bryce Warkentine and Team Manitoba.