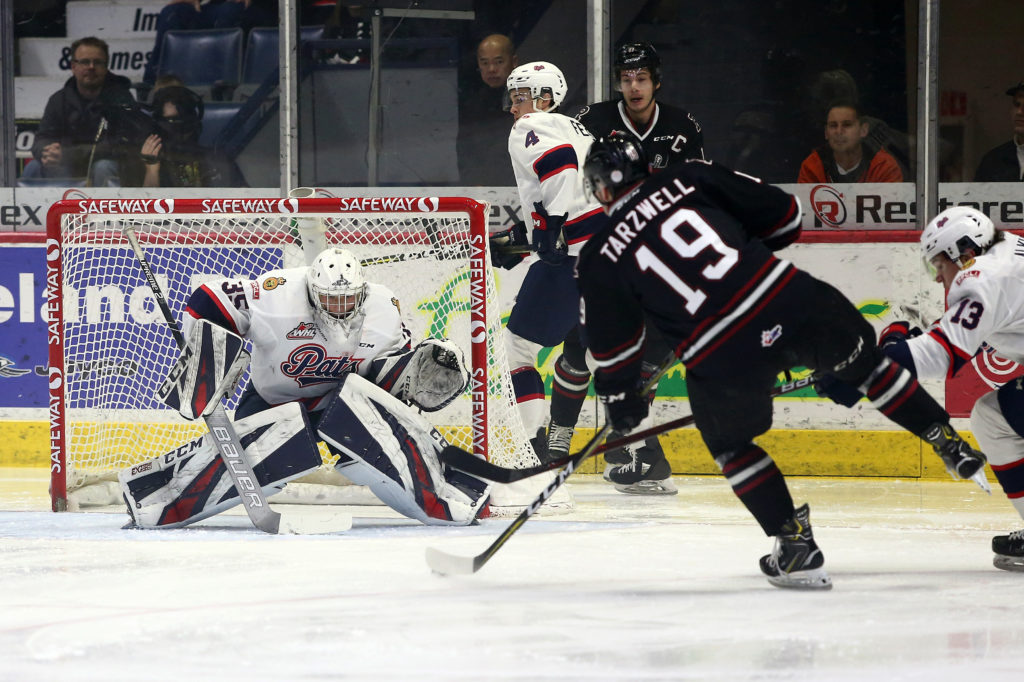 Pesenti will remain with the SJHL’s Kindersley Klippers. Since joining Kindersley, Pesenti has posted a 3-1-0-0 record with a 2.43 goals-against average and a 0.927 save percentage.

During the 2018-19 season, the Saskatoon product played with the SMHL’s Saskatoon Blazers and current Raiders Nolan Allan and Cole Nagy.

“Matthew is a good, young goalie and provides us depth at the position,” said Raiders General Manager Curtis Hunt. “This move also gives Donovan an opportunity in our league with another team.”

Buskey was acquired by the Raiders prior to the start of the 2018-19 season. He played the first half of the year with the Raiders before being re-assigned to the BCHL’s Trail Smoke Eaters.

The Raiders’ road trip continues Tuesday night when they take on the Seattle Thunderbirds at the Accesso ShoWare Center. Game time is 8:05 p.m. Catch the game at The Rock And Iron Sports Bar, or listen to Trevor Redden on 900 CKBI.