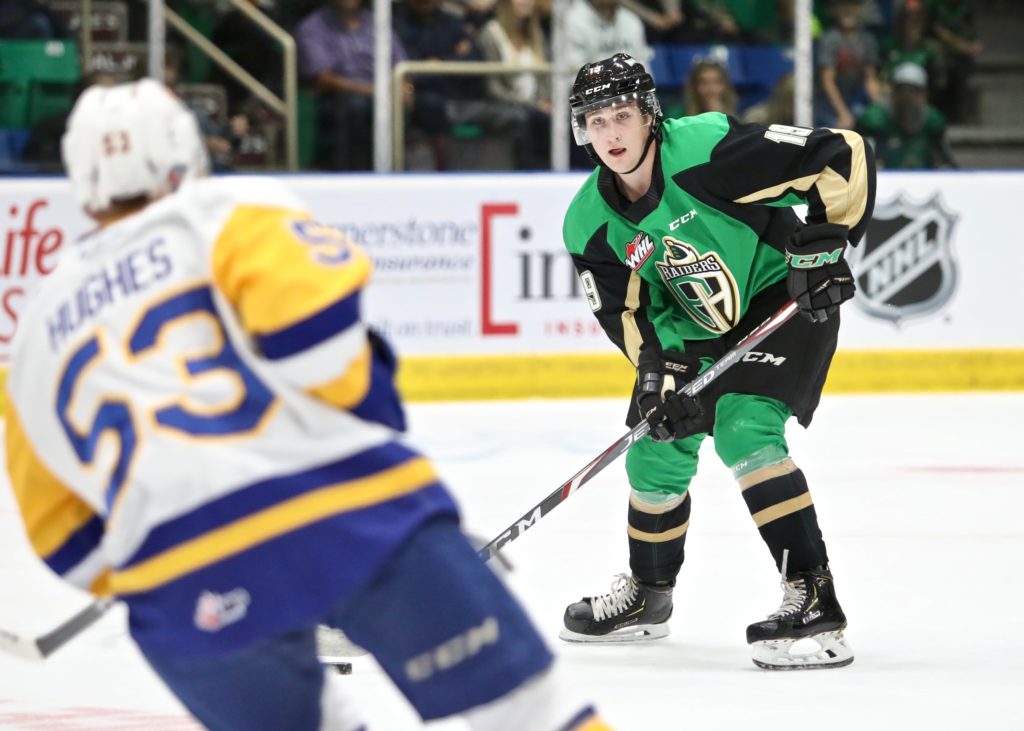 Prince Albert, SK – The Prince Albert Raiders continue their homestand this weekend as they take on a pair of divisional rivals.

The team is coming off a two-win weekend. On Friday, they skated to a 5-2 victory over the Regina Pats (1-3-0-0) at the Brandt Centre. The Raiders returned home on Saturday and prevailed in a 3-2 overtime victory against the Winnipeg ICE (3-1-1-0) at the Art Hauser Centre.

Aliaksei Protas led the team with five points (two goals, three assists) over the two-game span. Boston Bilous was between the pipes for both wins for the Raiders. He made 39 saves across the two games and posted a 1.97 goals-against average.

This week, the Raiders host the Saskatoon Blades (1-2-0-0) on Friday night. So far this season, the Raiders have picked up three of a possible four points against their Highway-11 rivals.

On Saturday, the Raiders have a rematch against the Pats on Ozzy Wiesblatt Bobblehead Night Presented By Canadian Tire at the Art Hauser Centre. Bobbleheads are available for a minimum $2 donation. There is a limit of one bobblehead per person. Proceeds from the sales will be donated to Jumpstart Prince Albert.