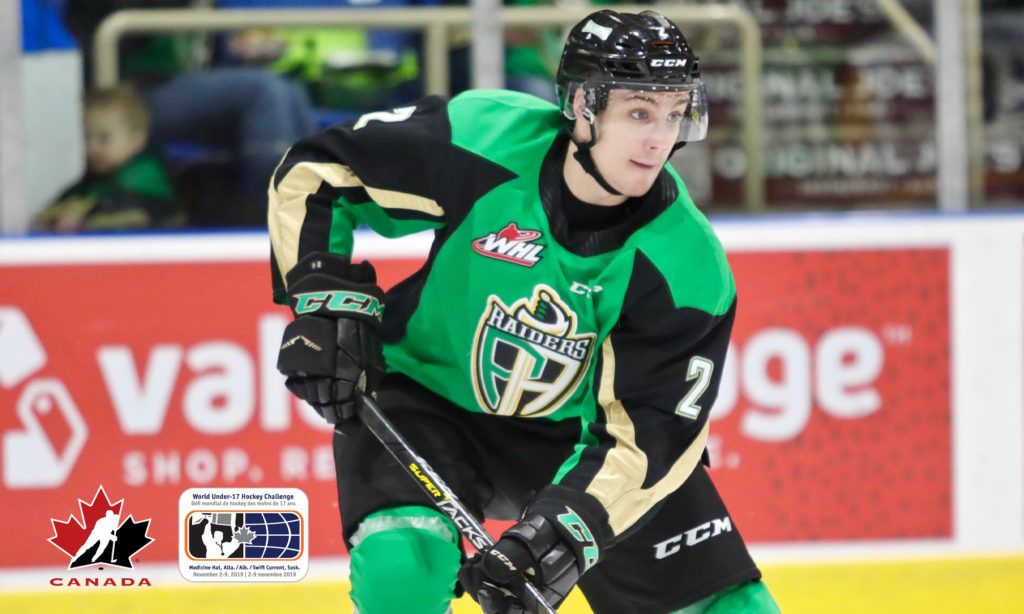 Prince Albert, SK – Prince Albert Raiders defenceman Nolan Allan was one of 66 players selected to represent Canada at the 2019 World Under-17 Hockey Challenge on Wednesday.

The 66 players will be divided into three teams and will compete against the Czech Republic, Finland, Russia, Sweden, and the United States.

“After a successful development camp with the top young players in the country, there were many difficult decisions made to select the 66 players that will compete at this year’s World Under-17 Hockey Challenge,” said Hockey Canada Head Scout Brad McEwen. “We feel this group exemplifies the values of the Program of Excellence and will represent Canada with pride as we compete for a gold medal this November.”

Allan was the third overall pick in the 2018 WHL Bantam Draft by the Raiders. The Davidson, SK product has played in all nine games the Raiders have played this season, scoring a goal and adding an assist.

The 2019 World Under-17 Hockey Challenge runs from Nov. 2 to 9 in Medicine Hat, AB and Swift Current, SK. All three Canadian teams are in action on the first day of the tournament. Canada Red takes on Russia in Swift Current, while Canada Black faces off against Canada White in Medicine Hat.

Prior to the start of the tournament, the Canadian teams will take the ice for pre-tournament games on Thursday, Oct. 31. Canada Black takes on Finland, Canada White meets Russia, and Canada Red plays against the United States.

TSN will air the semifinal on Friday, Nov. 8 and the bronze- and gold-medal games on Saturday, Nov. 9.