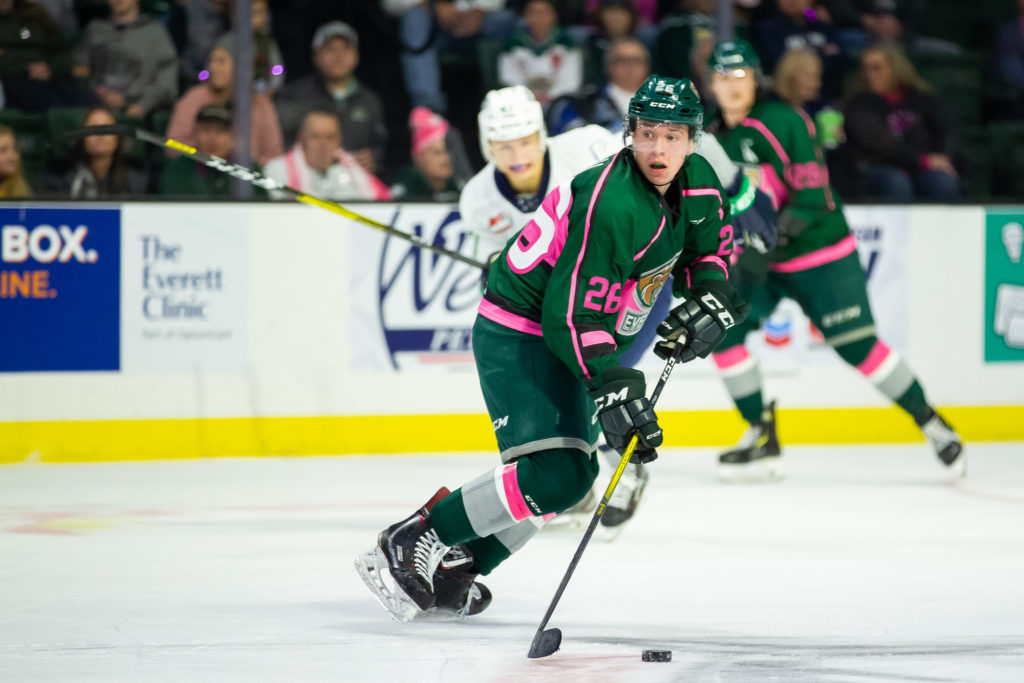 In exchange, the Raiders have sent 2000-born forward Cole Fonstad to Everett.

“We’re excited about adding Reece to our organization,” said Raiders General Manager Curtis Hunt. “Reece is a young centre with a lot of experience. He has versatility that allows him to move throughout our lineup and he plays with a tremendous amount of speed. We think with his style of game, he’ll adapt quickly to our style of play.”

Vitelli is a veteran of 144 career regular season games in the WHL. In his career, he has 13 goals and 27 assists. This season, the forward from Winnipeg has three assists in eight games with the Silvertips.

In the WHL Playoffs, Vitelli has played in 32 contests over two runs. During the Silvertips’ run to the 2018 Rogers WHL Championship Series against the Swift Current Broncos, Vitelli chipped in four goals and three assists in 22 games.

Vitelli will join the Raiders as they embark on their biennial US Division road trip, beginning on Saturday night in Everett.

The next Raiders’ home game is on Friday, November 1 against the Regina Pats. Tickets are available online here and the Raiders Office.