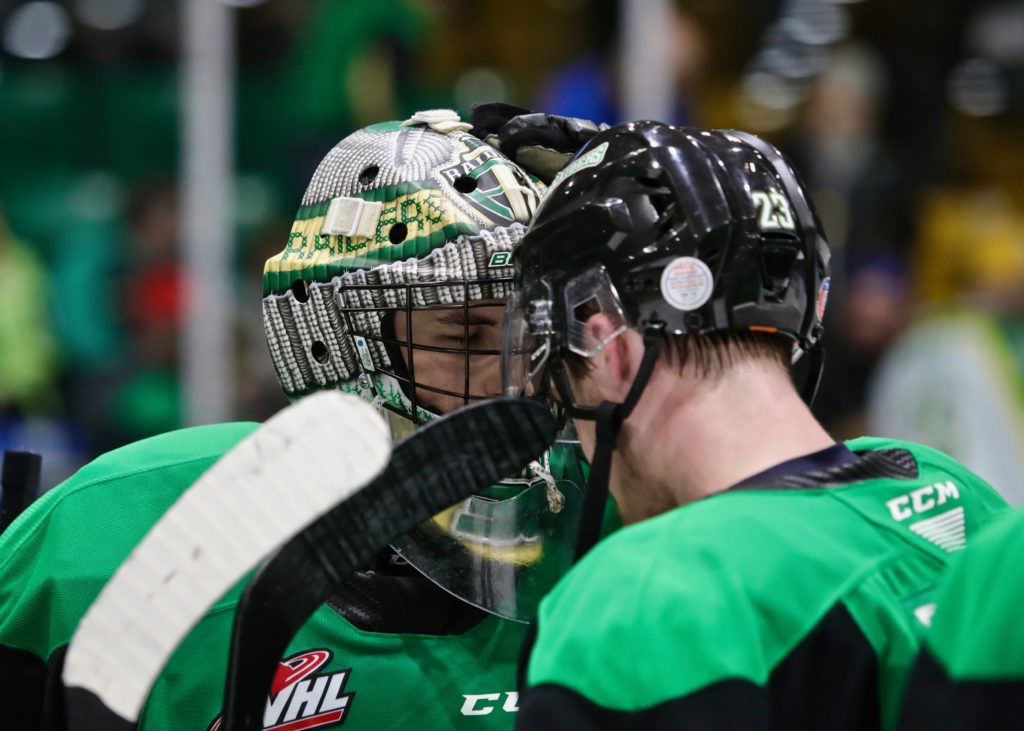 Prince Albert, SK – The Prince Albert Raiders (4-0-2-0) close out their homestand before heading out on their biennial US Division road trip this week.

The Raiders are coming off a three-point weekend. On Friday night, the Raiders fell 2-1 in overtime to the Saskatoon Blades. The team rebounded with a 6-0 win over the Regina Pats on Saturday.

Kaiden Guhle paced the team over the weekend with four points over two games. Brayden Watts had a point in each of the games to extend his streak to seven games. Boston Bilous had a shutout win and an overtime loss during the week. His 1.46 goals-against average is fourth in the WHL among goalies with multiple appearances.

This week begins with a WHL Championship rematch against Bowen Byram and the Vancouver Giants (4-3-0-0) on Tuesday night. Byram was drafted fourth overall in June’s NHL Draft by the Colorado Avalanche.

On the weekend, the Raiders take on Dylan Cozens and the Lethbridge Hurricanes (3-2-0-1) on Friday night. Cozens was another high pick in June’s NHL Draft; he was picked seventh overall by the Buffalo Sabres.

The week ends with a divisional matchup against the Moose Jaw Warriors (4-1-0-0). It’s the first of six games against the Warriors this season.

All three home games start at 7 p.m. Tickets are available at raiderhockey.com and the Raiders Office.

After this week, the Raiders are away from home until November 1. Prince Albert heads out on their U.S. Division swing, with the first game coming on Saturday, October 19 in Everett against the Silvertips.