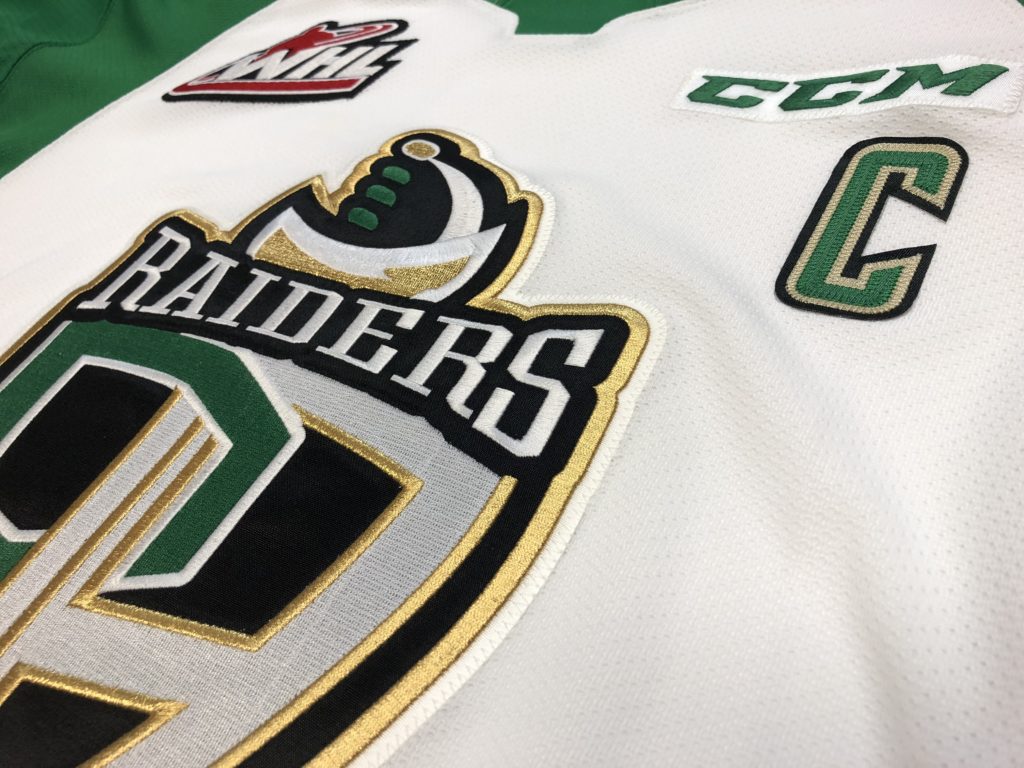 Prince Albert, SK – The Prince Albert Raiders are proud to unveil their leadership group for the 2018-19 season.

Defenceman Brayden Pachal has been named the 42nd captain in Raiders history.

The club also announced that Zack Hayes, Parker Kelly, and Sean Montgomery will serve as alternate captains for the campaign.

Pachal, an Estevan product, was acquired from the Victoria Royals at the 2017 WHL Trade Deadline. Since joining the Raiders, he has scored 10 goals and added 28 assists in 98 games played. Last season, Pachal set new career highs in goals (seven), assists (19), points (26), games played (68) and penalty minutes (100).

The Raiders drafted Hayes in the ninth round of the 2014 WHL Bantam Draft. Hailing from Calgary, the 6’3, 207-lb blueliner has played in 144 career games. Hayes has five goals and 24 assists in his 144-game WHL career.

Kelly was a seventh-round pick of the Raiders in the 2014 WHL Bantam Draft. The Camrose native has played in 209 WHL games, all with the Raiders. In those contests, Kelly has 58 goals and 63 assists. Prior to last season, Kelly signed a three-year entry-level contract with the Ottawa Senators.

Montgomery is the longest tenured Prince Albert Raider, playing in 278 regular-season games since being drafted in the sixth round of the 2013 WHL Bantam Draft. In those contests, the Calgary product had 43 goals and 42 assists. Montgomery is also the Raiders’ reigning CTV Best Defensive Forward.

The Raiders open training camp on Saturday night when scrimmages begin at 6:15 p.m. A full schedule is available at raiderhockey.com.

Training camp concludes on Tuesday, August 28 with the annual Green And White Game at the Art Hauser Centre. Puck drop is 6 p.m. Admission for the game is a $2 donation or a non-perishable food item for the Prince Albert Food Bank.

The Raiders open their pre-season schedule on Thursday, August 30 when they host the Saskatoon Blades. Game time is 7 p.m.