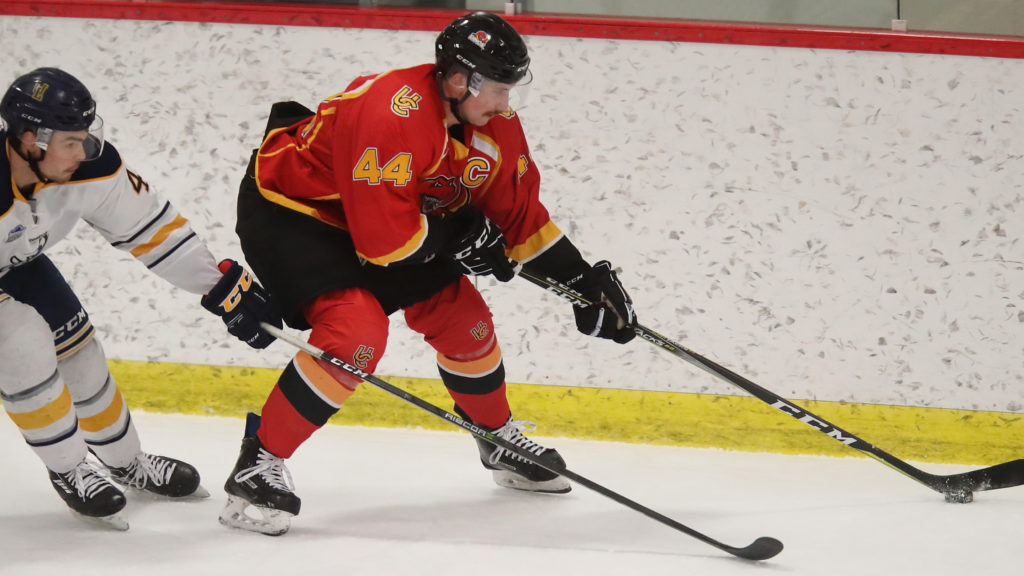 The former Raider is in his fifth season with the University of Calgary Dinos, scoring a goal and adding 12 assists in 15 contests. In his Dinos’ career, Busenius has scored 14 goals and chipped in 50 assists in 113 games.

The 25-man rosters includes two goaltenders, three defencemen, and seven forwards with WHL experience, led by a trio of players from the University of Alberta who raised the David Johnston University Cup last March in Jason Fram, Cole Sanford, and Luke Philp.

The Calgary Dinos and Saskatchewan Huskies lead the way with four players each named to this year’s All-Star roster who have WHL experience. In addition to the three from the Golden Bears, goaltender Mack Shields of the York University Lions will also take part in the event.

This will mark the fourth straight year Canada’s National Junior Team Prospects have faced off against the U SPORTS All-Stars, all of whom have CHL major junior experience. Since a U SPORTS national all-star team began participating in December 2015, the teams have split the last six contests. Last December, reigning Defenceman of the Year Jason Fram of the Alberta Golden Bears scored with 6.5 seconds remaining to secure back-to-back victories for U SPORTS for the first time.

New this year, the event will feature a three-game series against Team Canada’s World Junior Prospects vying for roster spots at the 2019 IIHF World Junior Hockey Championship being held in Vancouver and Victoria from Dec.26, 2018 – Jan.5, 2019.

“I am really excited about the roster we have assembled. We have players that can do a little bit of everything,” said Howell, who served as an assistant coach at the event the last two years. “All our guys can skate very well and have a ton of skill, but we will also be able to play a very intense game.

“I expect this team to work real hard and represent U SPORTS well. It is a privilege to play in these three games and it is an opportunity to show everyone our brand of hockey.”

Hockey Canada’s National Junior Team has faced various U SPORTS competition on a regular basis since 1988.