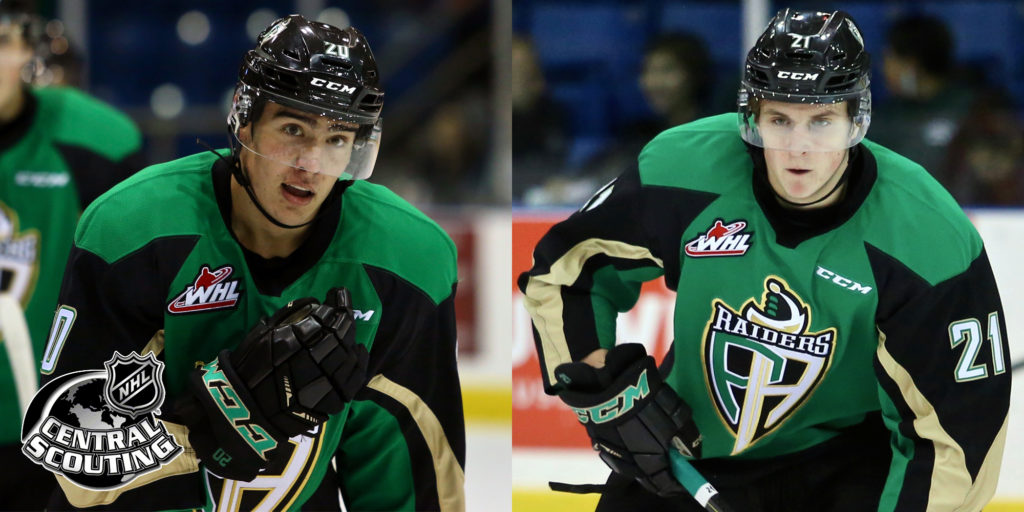 Prince Albert, SK – After being left off of last month’s list, Brett Leason and Aliaksei Protas are getting noticed by NHL Central Scouting.

The Raider linemates were added to NHL Central Scouting’s Players to Watch List for November. Both Leason and Protas were given a C Rating, which indicates a fourth-to-sixth-round candidate.

Leason’s rise up the rankings has been well documented to this point of the season. The Calgary product leads the team in scoring, setting new career highs in goals (18), assists (23) and points (41) in just 19 games this season.

Protas has found instant chemistry on a line with Leason and Sean Montgomery. The rookie from Vitebsk, Belarus has four goals and 14 assists in 19 games this season.

Leason, Protas, and the Raiders close out their five-game homestand on Friday night against the Tri-City Americans (12-6-0-0) as they make their biennial trip to the Art Hauser Centre. Tickets are available at the Raider Office and at raiderhockey.com. Game time is 7 p.m.