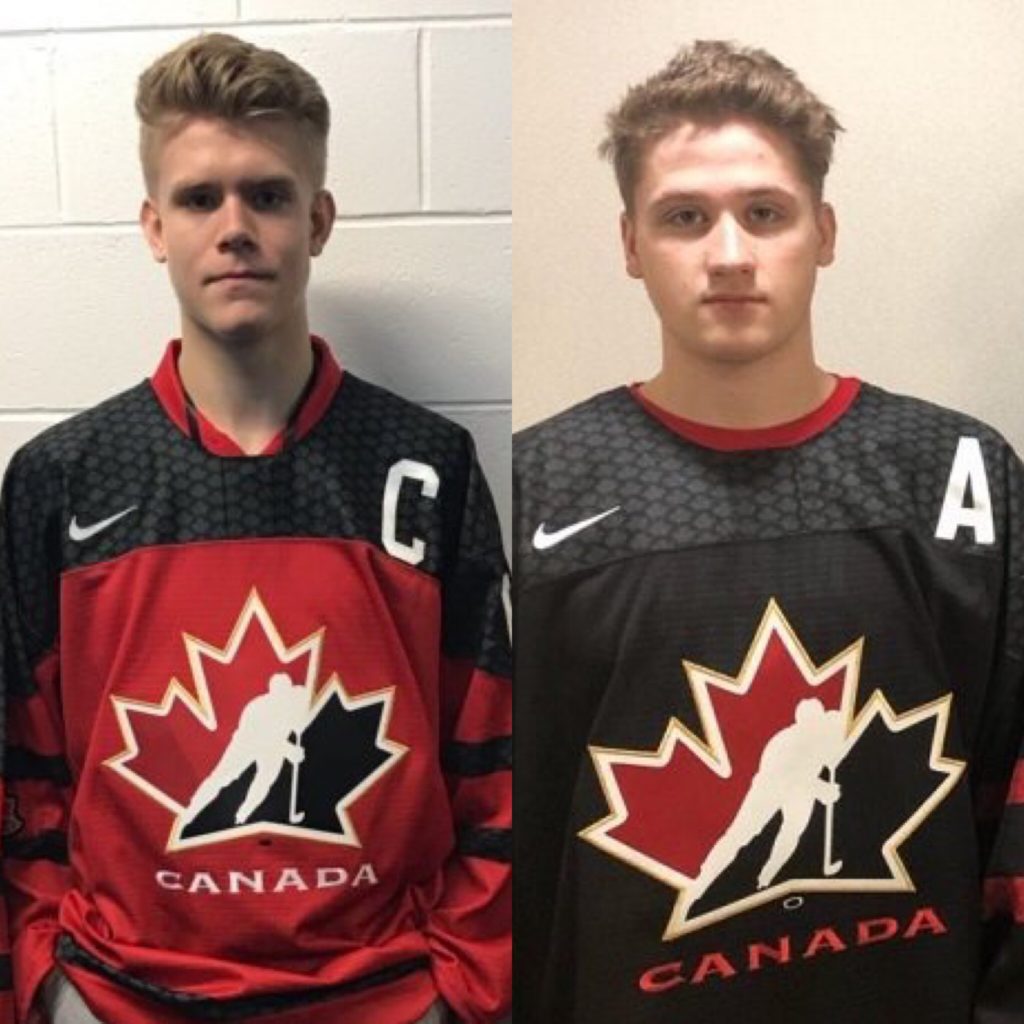 Saint John, NB – Two Prince Albert Raiders will be apart of the leadership groups at the 2018 World Under-17 Hockey Challenge.

On Saturday, Hockey Canada announced the three-man leadership groups for all three Canadian teams at the World U17s. Defenceman Kaiden Guhle was named captain of Canada Red, while Raider teammate and forward Ozzy Wiesblatt will serve as an alternate captain.

Through 15 games with the Raiders this season, Guhle has a goal and two assists. The Sherwood Park, AB product was the first overall selection in the 2017 WHL Bantam Draft.

Wiesblatt has two goals and two assists in 16 games played. From Calgary, Wiesblatt was selected in the second round of the 2017 WHL Bantam Draft.

Guhle and Canada Red opened the World Under-17 Hockey Challenge on Saturday night, dropping a 4-2 decision to Russia. Wiesblatt and Canada Black take on Canada White on Sunday afternoon at 4 p.m. AST.

The 2018 World Under-17 Hockey Challenge is being contested in Saint John and Quispamsis, NB. The complete schedule is available here.

The Raiders are back in action on Friday night to take on the Swift Current Broncos (3-14-0-1) at the Art Hauser Centre in the team’s Remembrance Day Game. Game time is 7 p.m. Tickets are available at tickets.raiderhockey.com and the Raider Office.