Five Raiders Off To NHL Camps 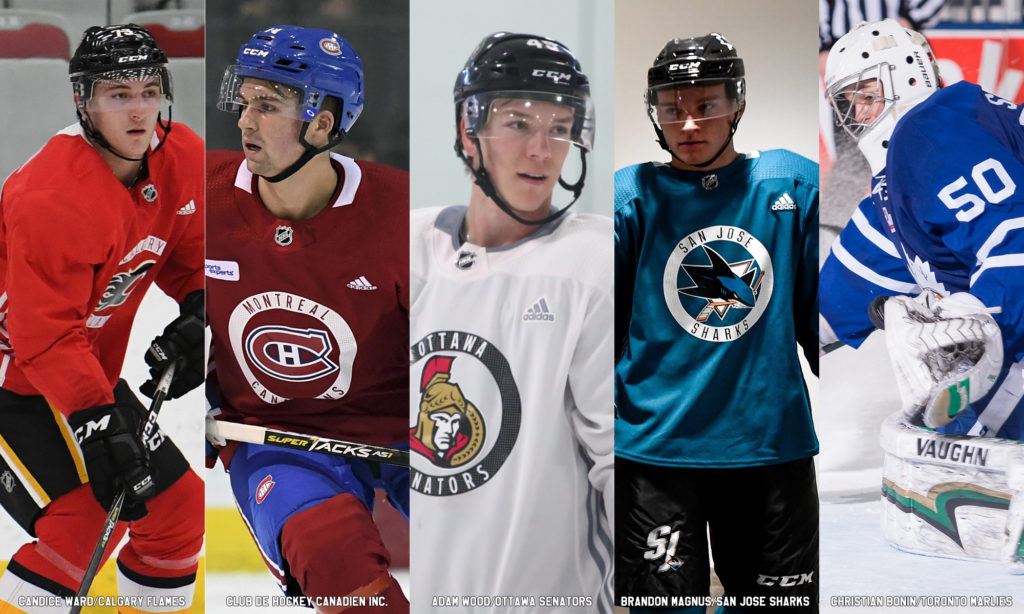 Prince Albert, SK – The Prince Albert Raiders are sending five players to NHL training camps, which open this week across Canada and the United States.

After being drafted by the Montreal Canadiens in June’s NHL Entry Draft, Fonstad is heading to Laval to take part in annual Rookie Showdown, which begins on Friday. The Estevan product is coming off a career-best season with 21 goals and 52 assists with the Raiders last season.

Fonstad will see some familiar faces on the other side of the ice at the Rookie Showdown. Kelly is once again joining the Ottawa Senators for the tournament after earning an entry-level contract last year. The Camrose native finished last year with career highs in goals (29) and assists (30).

Scott will also take part in the Rookie Showdown as a member of the Toronto Maple Leafs. Drafted in the fourth round of the 2017 NHL Entry Draft, this is Scott’s second appearance in the tournament. After finishing last year with new career bests in wins (24) and goals-against average (3.10), the Calgary product joined the Toronto Marlies on their run to lift the Calder Cup in June.

Pachal, who was named the Raiders’ 42nd captain in team history at the start of training camp, earned an invitation to the Calgary Flames’ prospect training camp following a strong showing at their development camp in the summer. The Estevan product set new career highs in goals (7), assists (26), and penalty minutes (100) this past year.

Gregor is heading to San Jose to take part in the Sharks’ training camp this week. The Beaumont, AB product was drafted in the fourth round of the 2016 NHL Entry Draft by San Jose and signed an entry-level deal in April. The Raiders acquired his rights from the Victoria Royals in July. In his WHL career, Gregor has 205 points in 194 career games played. Last season, he had 29 goals and 36 assists in 60 games between the Moose Jaw Warriors and the Royals.

The Raiders continue their pre-season schedule on Thursday night at the Art Hauser Centre against the Saskatoon Blades. Tickets are $10 for adults and $5 for fans 18 and under. Puck drop is 7 p.m.