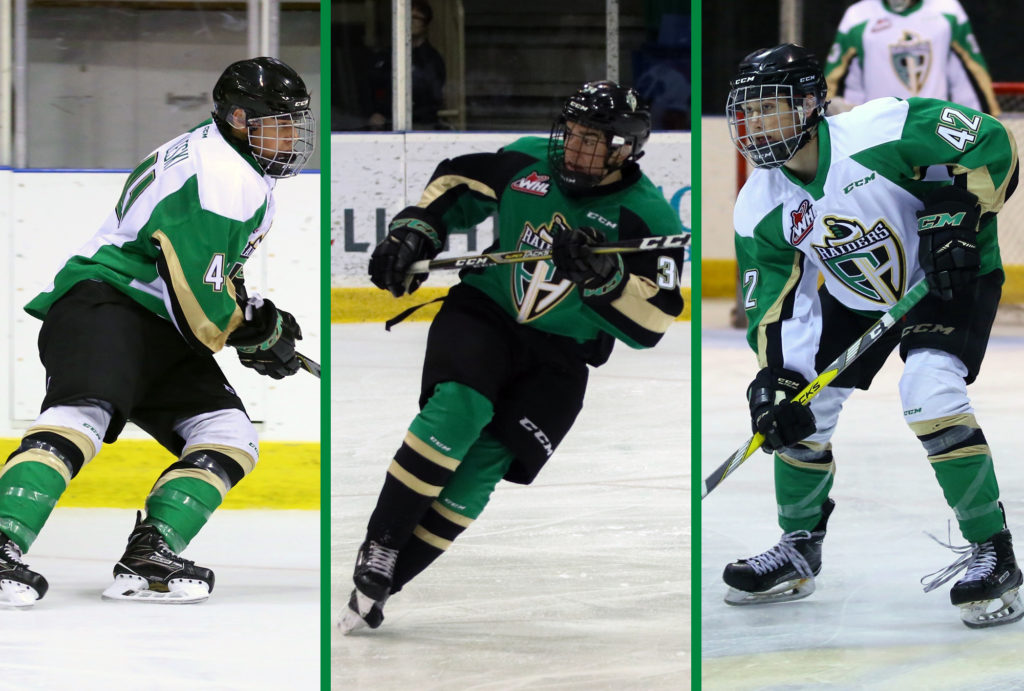 Prince Albert, SK – The Prince Albert Raiders will be well represented at the 2017 Mac’s AAA Midget World Invitational Tournament over the holidays.

On Wednesday, the official draw was announced for the 40th annual edition of the tournament and 11 Raider prospects will be on the ice in Calgary.

Locally, forwards Austin Lamotte, Dylan Scriven, and the Prince Albert Mintos are heading to the Mac’s. Lamotte is tied for fourth in team scoring with six goals and 15 assists through 23 games. Scriven has four goals and three assists in 19 games.

Elsewhere in Saskatchewan, forwards Cohner Saleski and Davin Griffin will lead the Saskatoon Contacts into Calgary. Griffin leads the Contacts in scoring with 10 goals and 11 assists for 21 points in 19 games. After an injury sidelined him early in the season, Saleski has three goals and four assists in 14 games.

Forward Luc Marleau, defenceman Landon Kosior, and the Tisdale Trojans are also off the tournament. Marleau has dressed in two games for the Trojans this season. Kosior has played in 25 games during his rookie season, scoring three goals and adding 10 assists from the blueline.

Defenceman Mkyllan Couture and the Swift Current Legionnaires will also be playing over the holidays. Couture has two goals and eight assists in 15 games with Swift Current this season.

Two local players will be sticking around in Calgary to participate in the tournament. Forward Ozzy Wiesblatt and the Calgary Buffaloes will be competing in the Mac’s. Wiesblatt has 14 goals and 14 assists in 20 games for the Buffaloes.

Also from Calgary, Brett Balas and the Flames were invited to the tournament. In 11 appearances with the Flames, Balas as a 2.62 goals-against average and a 0.919 save percentage.

The lone representative from British Columbia is Braydon Clark and the Valley West Hawks. Clark has a pair of goals and two assists in 12 games this year with the Hawks.

The Mac’s AAA Midget Hockey Tournament held each holiday season for midget-aged players for select Canadian and international teams. The tournament runs from Dec. 26 until Jan. 1.

For more information about the Mac’s Tournament, visit www.macstournament.ab.ca.